Do you want to know the difference between a Democratic Socialist and a modern-day Republican, Trump lover and 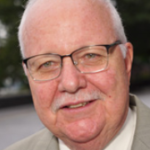 Libertarian? Just look at what Alexandria Ocasio Cortez has been doing in support of Texans and what Senator Ted Cruz is and has done.

Do you want to know the difference between a centre Democrat and a left-centre Democrat like Joe Biden and Kamala Harris does about helping working people and the poor (90% of us) and the modern-day Republican Party and Trump hangers-on? Just look at the Biden administration proposals for Stimulus, a battle plan for COVID, environmental-related actions among other proposals and actions.

If a Stimulus is “socialism”, then sign the 86% of people in this country polled who like Biden’s plan up for some socialism. Of course, it is not “socialism” as the Republicans like to say it is. How did that Red bating sloganeering go for them in the Georgia elections??  Biden’s stimulus is reminiscent of FDR’s New Deal and the Social Democratic governments (who are not really “socialist” in the classic sense-If they were then there would be no private profit-making corporations there.)

Meanwhile, deep in the heart of Texas, we find that the Republican-Trump-Libertarian leaders of that state have NO HEART. One former Mayor Tim Boyd wrote, “Only the strong will survive and the weak will perish.” He also said he was “sick and tired” of people looking for handouts and that the current situation is “sadly a product of a socialist government.” Easy for this rich guy to say.

Former Republican Governor Rick Perry said, “Texans would be without electricity for longer than three days to keep the federal government out of their business. Try not to let whatever the crisis of the day is take your eye off of having a resilient grid that keeps America safe personally, economically, and strategically.”  Yes, easy for this true elitist millionaire to say.

The Governor of Texas tried the ridiculous lie to blame windmills for safe energy as the reason for the problems even though it accounts for less than 10% of the energy production in the state.

Republican neglect and the “go it alone”, state’s rights crap is the real reason for the Texas mess. That and the anti-government services mentality of the Republicans, Trump followers and Libertarians. “States Rights” came about to make sure that the southern slave states stayed in the union following the Revolutionary War. That is why we do not have a direct democracy that says one-person, one vote and the people directly elect their Presidents. We have the Electoral College that Trump tried to subvert in order to steal the election.

Remember that Trump had no national strategy and said states had to beat COVID. Compare that to the countries in Europe that had to deal with COVID but the impact was less for the Pandemic and economic downturn. We were and are still the worst.

And to wrap it up we have Ted Cruz and AOC. Ted sneaks out on Texans and goes to Cancun until he is caught and embarrassed to come home. He goes to Trump-hating Mexico of all places. Just what has Ted done to help Texans now?  NOTHING, NADA!

AOC does not need one single vote in Texas raised $3 million in aid for Texans and goes there to volunteer in food banks.

What does Joe Biden do? He declares an emergency in Red State Texas that did not vote for him and sends them aid.

Now tell me just what do you prefer as leaders to lead people in this country out of COVID Pandemic, Environmental disaster, and economic collapse?? I know my choice.

We must all actively support Joe Biden’s Stimulus Package. It can help put money back into people’s pockets and increase jobs and support small businesses. People get money and they buy from stores. Businesses get more business plus government aid and so can hire more workers. Both then generate tax revenue for the government that increases the likelihood of having another stimulus that is directed to rebuilding the infrastructure of the country and in the meantime create millions of jobs to get it all done! This will mean our economy will be strengthened.

In WW 2, the government operated under a severe deficit. It also had high inflation. Our parents and some of you lived through it and the greatest middle-class growth ever happened in this country. This time we must be inclusive of all the Essential workers and First Responders who are of all nationalities and races. We must be inclusive of people of color in this growth. After all, they are an essential part of our workforce and country overall.

If you are part of the 30% of Republican who said that Joe Biden’s election was legitimate and that what took place in Washington on January 6 by the Trump white, racist militia types was a crime then you should really think about these issues and decide which side you are going to be on? Because like it or not, there are hard drawn lines being drawn between those who believe in democracy with every vote counting, and those who want to force their minority beliefs on the vast majority and bring us back to the pre-1860’s.