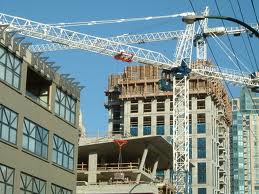 From 2000 to 2009, 19 million square feet of new office space were created in 21 major buildings throughout the Manhattan CBD – an average of 1.9 msf per year. This increase in office supply, however, was offset by the destruction of the World Trade Center on 9/11/2001.

While the ’00s represented stronger growth and higher density development than the ’90s when just 10.7 msf were built in 19 buildings, the pace of new construction remains well below prior post-war decades.

In the ’50s, the Manhattan CBD averaged nearly 3 msf per year of new office supply, while the ’60s and ’70s saw additions of 5.5 msf annually. Even the ’80s, which experienced years with no office construction at all, averaged nearly 5 msf per year.

Office Outlook
The long-term outlook for new office construction in Manhattan remains strong. New York’s ongoing attractiveness as a center of commerce, along with decades of under-building in the office sector and increasing global demand for ultra-modern office space, means that the City can support, and requires, new office construction.

In addition, developers for a significant number of major office projects have completed designs, secured necessary approvals and, in some cases, started pre-construction in anticipation of an improving economy. Recent and contemplated rezoning initiatives also hold the potential for large-scale future office construction in Hudson Yards and the Grand Central district.

The immediate beneficiaries of New York’s under-supply are those developers who have been able to get shovels in the ground. The Building Congress anticipates, for example, that 1 WTC and 4 WTC, should lease up without significant delay once they reach completion in late 2013 and early 2014.

While the pace of New York’s economic recovery should be enough to fill the towers that are going up, the Building Congress projects that additional planned and potential developments, such as 2 WTC, Hudson Yards, Manhattan West and 15 Penn Plaza, likely will not be able to start until late this decade and early next.

“Given the ongoing economic upheavals in Europe and uncertainties surrounding the potential impact of pending financial regulations, it is difficult to envision the type of near-term surge in the global economy that could fuel a sudden rise in office demand,” said New York Building Congress President Richard T. Anderson. “It is promising, however, to note that the lack of near-term building does not signal a lack of will. The development community remains bullish on New York City’s future and will wait for the right conditions to turn their plans into reality.”