Why are strong unions so important? Look no further than America’s early working conditions. In the 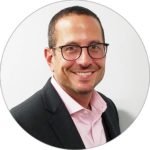 first century of our country, unsafe work environments, excessively long shifts, and unfair workplace rules were the hallmarks of manual labor. Countless workers were exploited before laws were passed to defend their rights. It’s no wonder, then, why underserved employees choose to band together.

Those first steps led to advancements like the National Labor Union’s fight for an 8-hour work day; the United Mine Workers’ strike for fairer wages; and the passing of the Fair Labor Standards Act, which mandated a national minimum wage, “time-and-a-half” pay for overtime work and child labor laws for the very first time.

In the span of two centuries labor movements completely transformed the standards for workers across the nation. While not always perfect, these efforts have led to undeniable improvements in our labor laws. Nothing speaks more to the spirit of America than empowered workers taking representation into their own hands.

These days, unions still struggle against attempts to reverse the gains they have made. General Vision Services disagrees with the Supreme Court’s decision in the Janus v. AFSCME case, which is expected to limit union funding by making employees opt in to the system. And we support the Count Me In movement, which stands in solidarity with construction unions against efforts to replace them with non-union workers. These conflicts make it clear that unions are still in dire need of protection.

Labor unions are more than just a vanguard of workers supporting one another, they also help to enrich our community. Unions provide much of what we rely on in our daily lives, from our mail to our food and clothing. And they are themselves a valuable source for social events, learning resources, and scholarships for the youth.

As a provider of affordable eyecare to unions and a unionized company in our own right, GVS recognizes that we all win when workers are satisfied. That is why we will always be proud to support labor groups.

Tony Rosario is Executive Vice President at GVS. He has nearly 28 years of healthcare experience and has worked in vision care for nearly 20 years. Contact trosario@gvsbenefits.com for more information.

Remembering the Monongah Mine Catastrophe – Part 2

Tripped Up at Work or Away from the Job Site? Here’s What You Need to Prove