At a press conference on Wednesday, April 4, Comptroller John Liu announced a major victory for the mostly immigrant workers working on City-funded projects. A contractor responsible for rehabilitating and building affordable housing for the City’s Department of Housing Preservation and Development agreed to plead guilty for not paying prevailing wages and settle for $1.2 million.

So far, however, many of the workers entitled to receive a share of the settlement have not come forward for fear that they’d be detained over their immigration status.

Liu said, “In some cases the workers were led to believe that the Comptroller’s labor law investigators were immigration agents. Nothing could be further from the truth. We’re encouraging these workers to step forward to claim their unpaid wages.” 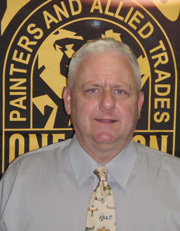 Liu explained that after investigators from his office discovered that the contractor, Mascon Restoration, which was hired by three construction management firms to carry out a HPD contract to inspect and identify HPD buildings in need of repair or replacement, was not paying prevailing wages, he referred the case to the Manhattan District Attorney’s Office.

“As a result of the referral, the contractor will plead guilty to a felony charge for failure to pay prevailing wages and falsifying payroll records,” said Liu.

In addition to the $1.2 million settlement, the contractor will pay $75,000 to the DA’s office for the cost of the investigation and prosecution and $243,880 to the State Department of Labor for underpayment of unemployment insurance, according to Liu. In addition, the contractor is now debarred from bidding on or receiving any public works contracts for five years.

Liu stressed, “These settlements send a strong message that contractors working on city projects must pay prevailing wages as required under the law. They also help right the wrongs suffered by these workers hired to do demolition, masonry and carpentry work at sites under the auspices of HPD.”

He also added, “As an immigrant myself, we know well the contributions that immigrants make to the City, and the intimidation or exploitation of workers, immigrant or otherwise, will not be tolerated. More than 46 percent of working people in the City are immigrants and they should never feel afraid to exercise their rights.”

The actual amount that the guilty parties have to pay is $1,178,323, and of that amount, $107,120 is payment to the City’s general fund as a civil penalty, noted Constantine Kokkoris, the comptroller’s Labor Law Bureau chief  who supervised the investigation. The net amount the affected workers will be entitled to is $1,071,203.

But Kokkoris warned that if the workers don’t step forward, they’ll have forfeited the money and the award will revert to the City’s General Fund after six years.

Kokkoris explained, “Based on three workers who came forward we learned the hours they worked and the pay they received. For the rest, we got HPD records and learned the number of workers on each site and their work duties and then compared those records to the contractor’s general records and found there were ‘ghost workers.’ We then calculated the number of hours of the ‘ghost workers’ in each trade and arrived at the hours and rate the workers would be entitled to.”

Kokkoris also noted that the affected workers were typically earning between $60 and $80 per day in cash. “Depending on the trade, the workers should have been earning somewhere between $225 and $700 per day including benefits under prevailing wages.”

Jack Kittle, Political Director for IUPAT DC 9, one of a number of different union representatives standing alongside Liu, said the type of cheating that Liu’s office uncovered is systemic in HPD.

“About two-thirds to three-quarters of the workers who are rehabilitating or building affordable housing are being paid off the books, which makes it very difficult for a legitimate contractor to compete.”

Kittle also noted, “I give all the credit to the comptroller and his team for pursuing the case. To pay somebody $60 per day in cash when the work is dangerous, dirty and backbreaking is despicable.”