As the year winds down, multiple unions in the city are currently negotiating with their employers for new contracts. The outcome will determine if the unions enter the New Year with renewed strength or temporary setbacks. On Wednesday, November 16, SEIU 32BJ and TWU Local 100 members rallied together outside the Sheraton Hotel as their respective leaders met with employer representatives.

Jim Gannon, spokesman for Local 100, said that the elected officers of the union’s different departments are currently meeting with their Metropolitan Transit Authority (MTA) counterparts to discuss safety, scheduling and cost-saving opportunities, among other items. But no date has yet been set to discuss the “Big Three” economic issues of wages, healthcare and pensions. 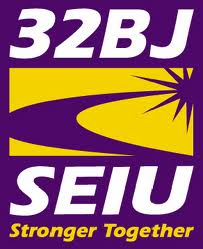 Just a day after Local 100’s President John Samuelsen told a packed ballroom of Local 100 members, with MTA’s executive team sitting in the front row, that the union will demand a fair wage increase, the MTA released its 2012 Final Proposed Budget. The first bulleted item in the proposal notes a “Continued focus on cost cutting” that the agency hopes nets “$850 million of recurring savings by 2015.”

Out of that $850 million, the report states that the agency will “Work with Labor to achieve $323 million in ‘Net Zero’ wage savings.” Jeremy Soffin, a spokesperson for the MTA, when asked how important wage freezes are to the agency’s pursuit of expense reduction, wrote via e-mail that, “The fragile stability in the MTA’s budget is achieved through a number of assumptions, including achievement of cost-reduction targets, receipt of forecasted revenues and implementation of net-zero labor settlements.”

While Local 100 has to negotiate with an agency reportedly under financial duress, 32BJ members work in a sector that industry leaders and executives themselves have said they expect will be profitable for a long time.

Kyle Bragg, 32BJ Vice President for the NY Metro District, said the union’s bargaining committee met with the Realty Advisory Board (RAB) last week, a multi-employer association in the real estate industry, and was irritated by the board’s “draconian demands.”

Bragg noted that while the industry is very profitable, it is demanding a two-tier wage system, frozen pensions and for 32BJ members to pay a “premium charge” for health care (currently deductions from members’ pay checks partly pay for their healthcare).

The one board demand that has really unnerved the union is the termination of “political check off,” dollars deducted from members’ paychecks to financially support the union’s political action. In previous contract negotiations, Bragg said that both the board and the union “worked as partners,” but “the new demand by the board is antagonistic because it represents an attempt to weaken the union.”