Tommy Zultko, IBT Local 282 Director of Job Trainings: The Marine Who Found a Home with the Teamsters

Editor’s Note: LaborPress is proud to present the 2022 Outstanding Apprentice of the Year Awards for Long Island and New York City on Thursday, June 16, hosted by Teamsters Local 282 in Lake Success, NY.  Today, we continue our ongoing series leading up to this year’s gala event introducing each of those fascinating and inspiring award-winners to the wider labor movement.

New York, NY – Tommy Zultko, director of Jobs Trainings at International Brotherhood of Teamsters (IBT) Local 282, is a U.S. Marine veteran who will celebrate his 25th anniversary at the Training Center in January. What made him want to stay at the Local for so many years? “It’s a “brotherhood,” he says. The military veteran “bounced around” a couple of other jobs in his early years, but says he was “always looking for a home.” He found that opportunity at Local 282.

“I’ll talk about the people. It’s a very homey place,” Zultko says. “You always feel like one big family when you’re working for the union. That’s what I always looked for when I was looking for a job. I was so used to it with the military. You were a team and you always worked together.”

Zultko says nonunion companies simply lack that kind of camaraderie. “Once you became a union member with all the fellow members and all our representatives and everything…that makes you feel wanted. I always looked for something like that.”

Zultko has extended this “brotherhood” to his many students over the years, caring deeply about their futures and taking joy in their successes. As they make their way, Zultko says he’s always on the lookout for “that dedication.”

“They’re looking to better themselves,” he says, “the guys that you see are going to have a little responsibility in their lives. They’re always on time for their appointments and they push themselves really hard to get where they want to go because they want to make themselves better at what they do. You always could see that in a person.”

For Zultko, his reward comes through the achievements of his students. “I take somebody for a road test,” he offers as an example, “and I see how nervous they are prior to taking the test. I always tell them…’Don’t you be nervous; let me be nervous for you.’ And they go through the whole test and I make sure I know they can pass the road test with no problem because I wouldn’t bring them to a road test if I had any doubt in my mind.”

Zultko continues, “And they go through the whole test. When they get the results back, and they pass, you can see their face. It’s just like, ‘Wow! It all paid off. It’s like you see that weight off their shoulder. They’re smiling. They’re hugging you. They can’t thank you enough. That’s my reward.”

When he’s not working, Zultko enjoys baseball and “tinkering around with older cars.” The Astoria, Queens product lives with his wife of twenty-three years in Holbrook, NY. They have three children. 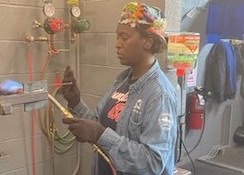