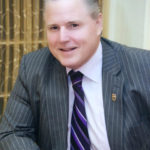 Teamsters Local 202 since 1999, told LaborPress in 2016. The 4,500-member union was organized in 1916 by produce haulers at the old Washington Market in what is now Tribeca. Kane’s grandfather joined it in the 1930s. Today, its members include social-service workers, ATM mechanics, and telecommunications workers, but it primarily represents workers in the food-distribution industry. Its core is the 1,500 workers at the Hunts Point Terminal Market in the Bronx, the largest produce market in the United States, supplying about 60% of the fresh fruit and vegetables for restaurants and grocers in the New York area.

Kane began his career there in 1983, working on the loading docks. “It’s hard work in the middle of the night,” he recalled. “The work’s not glamorous, but in my family, it was the biggest leap forward.”

He was elected Local 202’s secretary-treasurer at the age of 26, and became its president ten years later. He has also served as secretary-treasurer of Teamsters Joint Council 16, whose 27 locals represent 120,000 workers in the New York area and Puerto Rico. He’s currently Eastern Region director of the union’s Warehouse Division, which represents workers from Maine to North Carolina.

The father of two daughters, Kane is a fourth-generation Teamster. His great-grandfather was a cofounder of the hearse drivers’ union, in 1910, and his father, who joined the Teamsters in 1962, is Eastern Region international vice president.

He’s also a member of the Irish American Labor Coalition, which was founded in 1981 to support human rights and fight anti-Catholic discrimination in Northern Ireland. The coalition also revived the tradition of New York City unions honoring Irish labor leader James Connolly, martyred in the revolution of 1916, in the Labor Day and St. Patrick’s Day parades.