Sean Campbell, President of Teamsters Local 813, Stands Out for Service to Members 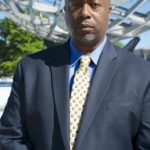 represents private sanitation workers as well as workers in the funeral, demolition, rental car, paper and corrugated, and factory and warehouse industries, has consistently worked on measures designed to improve the wages and conditions of his members. Campbell has been a Teamster for almost 30 years, and President for about five years, holding every officer’s position in the union.

One of the most important issues that Campbell has worked on is transforming the practices of the commercial waste industry. He has worked on the Transform Don’t Trash NYC campaign with a coalition that includes ALIGN, International Brotherhood of Teamsters Joint Council 16, New York City Environmental Justice Alliance, and New York Lawyers for the Public Interest. Currently, the industry has poor conditions for workers, with some companies unionized and others not. Wages are low and trucks are often unsafe. Workers have been penalized for complaining about such hazards as bad brakes. Recycling rates are low, and waste transfer stations are predominately located in low-income and minority neighborhoods. The campaign seeks to establish zones for waste pick-up that would be bid for by companies, who would have to comply with fair wage, benefit, and safety standards in order to maintain their ownership of the zones.

He is also working on a plan for universal safety standards for private sanitation companies that would be extended to both union and non-union companies, with the Business Integrity Commission, the Department of Sanitation, private sanitation employers, and one other labor group. “We meet regularly to work on implementing this bill,” says Campbell. “We hope once we get it done, it’ll be put in place,” vastly improving current practices.

Campbell has also battled wage theft in New York City, Westchester, and particularly Long Island, where he says there are many examples of underpayment. Ways in which this is done include companies who pay the prevailing wage by check, who then cash the check themselves and pay the worker only part of it, keeping a chunk for themselves. “We are trying to get people to come forward about this,” he says. “It’s running rampant.”

Environmental justice in the private waste industry has particular resonance for Campbell, who himself grew up in public housing in Red Hook, Brooklyn. Aiming to address this is a bill with which he has involved, Intro 495, which would put waste transfer stations in neighborhoods other than the low-income, mostly minority locations in which they are currently housed. Currently, locations include the Bronx market area, South East Queens and northern Brooklyn. “Most of the garbage in our city goes there,” says Campbell, resulting in higher asthma and cancer rates, among other problems. “Once Fresh Kills in Staten Island closed,” he says, “these transfer stations all went to these types of areas.”

Being that Local 813 is one of the most diverse locals in the country, Campbell’s concern with the treatment of workers and disadvantaged residents in often ignored industries and areas deserves particular commendation.