As Chairman, and on behalf of the board and members of the New York State Public Employment 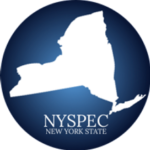 Conference (NYSPEC), comprising more than 80 public sector employee unions in the City and State of New York, with hundreds of thousands of public employee members, I offer the following statement about the U.S. Supreme Court decision against public sector organized labor in the United States, Janus v. American Federation of State, County, and Municipal Employees, Council 31.

For more than 40 years, millions of public employees across this great country have been afforded the opportunity to speak with a single voice through their respective unions.  That representation resulted in determining the direction of wages, benefits and other compensation in a positive and successful manner. It’s no secret that public sector unions have maintained, through consistent negotiations, hard-fought benefits that many in the private sector no longer have.  That is precisely why public sector labor unions have now been placed in the proverbial crosshairs of billionaire industrialists such as the Koch brothers as the chief cause of fiscal mismanagement in government at all levels. This negative label has now been cast in Justice Alito’s schizophrenic legal decision that attempts to hide a right wing political agenda which removes the level playing field of fair labor negotiations between a governmental entity as employer and a single recognized voice on the part of its employees.  The result is that Mr. Janus, and the anti-labor billionaires who footed his legal bills, are rejoicing in their victory of possibly denying stronger labor representation for public employees.

The long-anticipated negative Janus decision came down as expected – against unions, but the rejoicing will be short term. Just as this Supreme Court saw no problem in overturning long-established legal precedent, so will the next turn of more progressive judges as they relish overturning this atrocious decision. Since the Court’s majority failed to recognize the impact of a highly mobilized public-sector workforce in the form of labor unrest, Mr. Janus and his billionaire friends should look at the teachers in Arizona, Colorado, Oklahoma and Kentucky. Thank you, Mr. Janus, Justice Alito and the Koch brothers; you have awoken a sleeping giant.

NYSPEC has been in the forefront of this issue since the beginning, when it first raised its ugly head in the federal case known as Freidrichs v. California Teachers Association.  The potential impact of that case was discussed at length with our members at our annual conferences and “think tank” sessions since its inception.  The need to formulate a committee, and to develop a strategy back then, proved to be prescient in light of the monumental Janus decision. Going forward, we will continue in the forefront of this, and partner with the other large labor groups in this fight.