NEW YORK, NY—New York City has financed more than 24,536 affordable homes in 2017. Nearly half of 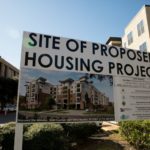 those homes – 48 percent – serve people making less than $33,400 per year, or $43,000 for a family of three. “Housing is the number one expense in New Yorkers’ lives. We’re bringing that expense down by putting shovels in the ground, and putting keys in tenants’ hands. There is more help than ever to fight eviction, freeze your rent or find an affordable home – and we want New Yorkers to reach it,” said Mayor Bill de Blasio.

To help New Yorkers access these new opportunities, the City is increasing outreach, launching a new housing web portal at nyc.gov/LongLiveNY, as well as new ads to direct tenants to resources to help apply for affordable housing, fight eviction, and freeze their rent. Released in October, the City’s updated Housing New York 2.0 plan offers a suite of new programs, partnerships, and strategies to help finance 300,000 affordable homes – 100,000 more than initially planned – so that more families and seniors can afford their rent or buy their first home.

“We have pushed this affordable housing engine to a new record, and that is a testament to the City agencies, the non-profits and private partners working together. These aren’t just numbers; they’re families. Today’s announcement means thousands more families will be able to live in the greatest city in the world, with real peace of mind,” said Deputy Mayor for Housing and Economic Development Alicia Glen.

The City has financed 87,557 affordable apartments in the past four years. The total direct City investment under the Mayor’s housing plan so far is $3.3 billion, and the total bond financing issued by the Housing Development Corporation is over $6.2 billion. In 2017 alone, New York preserved 17,359 affordable apartments and financed 7,177 new homes. This represents a direct City investment of $1.1 billion, leveraging more than $1.4 billion in bonds.

“Access to affordable housing is a fundamental human right and we can never afford to rest in New York City where so many of our neighbors face challenges securing safe, livable housing that meets their budget.  The Mayor has made significant strides in this area and, while we must do more, I’m pleased by the progress announced today.  This needs to be a priority at all levels of government and I’ll continue working in Washington for more federal funding for affordable housing, as well as promoting legislation to protect tenants from landlord abuses,” said U.S. Representative Nydia M. Velázquez.