NEW YORK, NY – Thousands of New Yorkers have felt the effects of the longest federal government 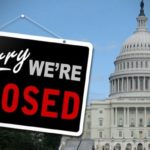 “In my six years as Mayor, New York City has faced storms, attacks and political crises. During each of these crises, I told New Yorkers the truth: that we’d be okay,” said Mayor Bill de Blasio. “I cannot promise we’ll be okay during the Trump shutdown. Beginning March 1st, millions of New Yorkers will lose a total of $500 million a month in vital federal supports, such as food stamps and rental assistance. Any attempt to backfill the void left by our federal government would be woefully inadequate to the scale of this crisis.”

There are 18,000 federal employees that work at affected agencies in New York City. Thousands of low wage earners work for federal contracted services in the Big Apple. Millions in our city rely on  federally funded government programs, in some cases for survival. Critical federal programs for New Yorkers include food stamps, school lunch,   rental assistance, and the list goes on.

“We’ll continue to do what we can and fight in Washington, said Mayor de Blasio. But one thing is clear: this Trump shutdown must end now – our people are counting on a functional government.”