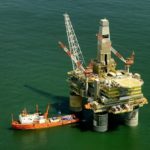 Continental Shelf Oil and Gas Leasing Program. At the same time the state is planning the single largest commitment to renewable energy by a state in U.S. history. These 26 large-scale renewable energy projects across New York are expected to generate enough clean, renewable energy to power more than 430,000 homes and create over 3,000 short- and long-term well-paying jobs.
“Instead of protecting our waters from another oil spill, like the one that devastated the Gulf, this new federal plan only increases the chances of another disaster taking place,” Governor Cuomo said. “This is a total disregard for science, reality, and history, and their actions defy everything we know. We believe the future is a clean energy economy and New York is going to lead a counter-movement to what this administration is doing to the environment and illuminate the path forward.”

As the number three ocean economy in the nation, New York stands to lose nearly 320,000 jobs and billions of dollars generated through tourism and fishing industries should the exclusion not be granted. Overall, New York’s ocean economy generates $11 billion in wages and contributes $23 billion in gross domestic product.

Long Island and the New York Harbor are home to 11.4 million people, with 60 percent of our state’s population living along nearly 2,000 miles of tidal coastline. The Port of NYNJ is the largest on the Atlantic seaboard and a major spill that disrupted operations would be devastating to the national economy. The Port supports 400,000 indirect jobs and 229,000 direct jobs while generating $90 billion in combined personal and business income and $8.5 billion in federal, state, and local taxes.

Offshore drilling endangers New York’s progressive efforts to move toward cleaner, smarter energy solutions. The projects are expected to generate enough clean, renewable energy to power more than 430,000 homes and reduce carbon emissions by more than 1.6 million metric tons, the equivalent to taking nearly 340,000 cars off the road. In addition to the 22 utility-scale solar farms, other projects include three wind farms and one hydroelectric project. One of the wind farms features an energy storage component, marking the first time a large-scale renewable energy project has done so in New York State. Several projects will break ground as early as April 2018 and all projects are expected to be operational by 2022, adding over 1,380 megawatts of capacity and generating over 3,200,000 MWh annually.