Working families look forward to hard earned vacations, but the often enjoyed national parks are under

These parks just dodged a bullet.  Secretary Ryan Zinke and President Trump’s proposed 8% cuts with 4,000 fewer jobs for the national parks didn’t happen in the Omnibus Funding Bill just passed and signed “reluctantly,” the President said.  One of his objections was “too much money”. Congress refused the cut.

In January, when 10 of the 12 members of the National Park Advisory Board resigned in frustration after 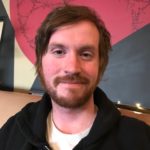 being unable to meet with  Secretary Ryan Zinke for over a year, it was instantly lost amid all the other events of the Trump era.

Former Alaska Governor Tony Knowles, one of the resigning members, said that under Zinke, the Interior Department “showed no interest in learning about or continuing to use the forward-thinking agenda of science, the effect of climate change, protections of the ecosystems, [and] education.” In their resignation to Zinke, the other members of the board, along with Knowles, added: “Requests to engage have been ignored and the matters on which we wanted to brief the new Department team are clearly not part of the agenda.”

When Zinke displays little interest in the expertise of those tasked with helping him, combined with his

proposal to triple entrance fees for various national parks and privatize parklands, a picture emerges of an institution in peril. While the department’s money is thankfully being protected by Congress despite the administration’s proposed cuts, its purposes and mission are being shredded.

Among Zinke’s “accomplishments” after a year, he’s a) proposed slashing the size of a slew of national monuments, b) proposed enormous budget and personnel cuts, and c) proposed opening huge swaths of off-shore territory to oil drilling.  it’s a dismal report card.  He’s also managed to waste thousands of taxpayer dollars on chartered flights around the country.

After pushback from Florida’s Rick Scott (and perhaps some input from President Trump, whose Mar-A-Lago boasts waterfront views), Zinke backed off allowing oil rigs to besmirch the coastline.

Nonetheless, the damage already done is real. Morale at the Department of the Interior is at an all-time low, plans are shaping up to dramatically reduce the size of the agency, and federal lands are being sold for cents on the dollar to fossil fuel industries eager to develop every untouched acre. As Pulitzer Prize-winning journalist Elizabeth Kolbert said in a New Yorker piece in January, “there’s a tension between the department’s mandates—to protect the nation’s natural resources and to manage them for commercial use. Under Zinke, the only question… is how fast these resources can be auctioned off.” Brad Brooks, public lands campaign director at The Wilderness Society, told the Huffington Post earlier this year: “The American public is not going to stand for D.C. politicians trying to steal our land.”

President Theodore Roosevelt’s 1906 Antiquities Act established the first eighteen national monuments, and Woodrow Wilson’s National Parks Service Organic Act of 1916 established the National Parks Service. That law stated a mission still alive today: “promote and regulate the use of … national parks, monuments and reservations … for the enjoyment of the same in such manner as will leave them unimpaired for the enjoyment of future generations.”

With President Trump now making wholesale changes in his cabinet,it could be time for Zinke to be replaced by a supporter, not a destroyer, of the National Parks, including the now most-enjoyed Smokies, the Grand Canyon, to our national seashores and monuments.

Summer vacations are coming, and America’s working families are looking forward to respite in our national parks. We’ve paid for them with our tax dollars.