NEW YORK, N.Y.—Four months from now, New Yorkers will have much more freedom to dance—and American 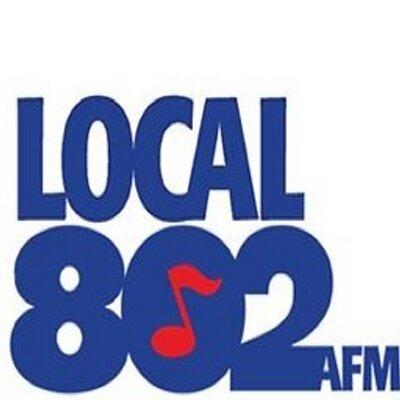 Federation of Musicians Local 802 is pleased.

On Oct. 31, the City Council voted 44-1 to repeal the city’s 1926 cabaret law, which prohibits dancing at bars and clubs without a cabaret license. Mayor Bill de Blasio signed it Nov. 1, and it will go into effect 120 days later.

“The musicians of New York City are thrilled with the repeal of this unreasonable and damaging law, which over the years has limited performers’ freedom of expression and has no place in the cultural capital of the world,” Local 802 President Tino Gagliardi said in a statement. “This law, steeped in racism and bigotry, has long run contrary to values New Yorkers hold dear—inclusion, diversity, and creative freedom. Its repeal is an important part of the ongoing work to support our creative and nightlife community.”

The 1926 law required bars and clubs to have a license for dancing or live music by more than three musicians or with horns or drums—and any employees or entertainers working in them to have a “cabaret card” issued by police. It was widely believed to be aimed at preventing white and black people from mixing in Harlem jazz clubs during Prohibition. “It was a law that could easily be exploited as a tool of suppression, often on the basis of race,” Schwartz said.

The limits on the size and instrumentation of bands were gone by the late 1940s, but the cabaret-card requirement remained until 1967. The jazz musicians it barred from working—a card could be revoked simply for suspicion of drug use—included Billie Holiday, Charlie Parker, Thelonious Monk, Chet Baker, and Jackie McLean, Schwartz noted.

By the 1960s, the dancing ban was only enforced against gay and lesbian bars—the last time in the wee hours on June 28, 1969, when a raid on the Stonewall Inn in Greenwich Village provoked a riot. Mayor Rudolph Giuliani’s administration revived it in the 1990s, raiding neighborhood bars and fining them $1,500 for people dancing to the jukebox. Since then, it’s been used largely against the intermittent do-it-yourself venues and floating parties common in the city’s underground rock and dance-music scenes, such as the Market Hotel, a nonprofit rock club in Bushwick police shut down last October.

Under the old law, clubs could only get a license for dancing in areas zoned primarily for commercial or industrial use. The new law, sponsored by Councilmember Rafael Espinal (D-Brooklyn), rather than focusing on “dancing,” replaces the terms “cabaret” and “public dance hall” with “nightlife establishment.” It defines that as a place open after midnight at least one day each week that is required to have a license to sell liquor, is big enough to hold at least 150 people, and charges admission at least once a week.

Nightlife establishments required to obtain a cabaret license under the old law, will still have to follow its security mandates, specifically having working security cameras and hiring only legally licensed security guards.