Hartford, Connecticut – Since the groundbreaking work of Jesse Lemisch, Howard Zinn and Staughton 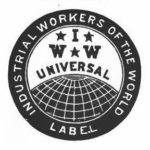 Lynd, “history from the bottom up” has become an important part of the radical landscape. Such history informs us that everyday people propel events while underscoring that progress comes from collective action. To paraphrase Zinn, untold numbers of people whose names we will never know, be they Freedom Riders or members of Black Lives Matter, are and always will be the primary shapers of history.

Among the important subcategories of bottom-up history are stories of the local chapters of important radical and revolutionary organizations whose national work has previously been the primary focus of scholarship and attention. Scholars like Judson Jeffries, Yohuru Williams, Jama Lazerow and Jakobi Williams, for example, have delved the work of local chapters of the Black Panther Party, significantly enhancing our understanding of the Black Liberation Movement of the 1960’s. Similarly, Staughton Lynd has greatly expanded what we know about movements of rank and file workers, providing an important counterpoint to the idea that the likes of John L. Lewis, Walter Reuther and John Sweeney drive working class history.

Away from centers where national leaderships were often concentrated, the work of such organizations often takes on a different hue, particularly in groups where there was a fair amount of autonomy. The Black Panther Party is one prime example; the Industrial Workers of the World is another.

Steve Thornton’s A Shoeleather History of the Wobblies: Stories of the Industrial Workers of the World (IWW) in Connecticut is very much in this tradition and is also an excellent contribution to the history of both the IWW and Connecticut radicalism. Thornton’s 45 years as an activist and many years as a union organizer in Hartford make him ideally suited for the task. He has a passion for local history, much of which he has written about at his terrific website (http://shoeleatherhistoryproject.com), and a keen eye for drawing out lessons that can assist us in our work today.
Connecticut Wobblies

Though largely deindustrialized today, Connecticut 100 years ago was a prominent center of industry, both in its largest cities and its towns. True to its belief in building One Big Union wherever workers were struggling for freedom, the IWW established roots from Bridgeport to Hartford during strikes, organizing drives, free speech fights and, after the US entry into the First World War, campaigns against conscription. Some of the most prominent figures of American radicalism, including Eugene Debs, Helen Keller, Bill Haywood, Elizabeth Gurley Flynn, Ben Legere, Carlo Tresca, Vincent Saint John, Joe Ettor, Arturo Giovanitti and Roger Baldwin, ventured to the Constitution State to speak, picket and organize on behalf of the IWW’s revolutionary unionism.

Women played a prominent role in the IWW throughout its heyday including in Connecticut, as Thornton documents well. Elizabeth Gurley Flynn, for example, walked picket lines in Bridgeport in support of IWW-led strikers not long after garnering national attention for her leading role during the Bread and Roses Strike in Lawrence, Massachusetts in 1912.

Helen Keller likewise did strike support work in Hartford and included that city in the first lecture tour she made after learning to speak with the help of Anne Sullivan, her long-time teacher. Dissatisfied with the Socialist Party, of which she was briefly a member, Keller left the SP and joined the IWW not long after the Bread and Roses Strike. In addition to her efforts in Connecticut, Keller participated in Wobbly campaigns around the country. She later settled in Easton, a suburb north of Bridgeport, where she lived until her death in 1968.

Matilda Rabinowitz
The most prominent female Wobbly to spend significant time in Connecticut was Matilda Rabinowitz and her story is one of the highlights of Thornton’s book. Though never a national figure like Flynn or Keller, Rabinowitz was a terrific organizer of great courage who lived at various times in Stamford, Bridgeport and Hartford. Born in Ukraine in 1887, she was fluent in English, Russian and Yiddish and, like Flynn and Keller, was profoundly influenced by the tremendous display of solidarity during the Bread and Roses Strike.

In fact, tens of thousands of mill workers throughout Connecticut were inspired by the Bread and Roses Strike in nearby Lawrence. In some cases, they struck for pay increases and better working conditions, strikes that, as Thornton relates, were overwhelmingly successful. In other instances, employers granted such improvements at the slightest hint of worker activity, seeking above all to avoid “another Lawrence.” Thornton is spot on when he says that the issues that reverberated outward from Lawrence were far more than those of better pay and working conditions, however. Perhaps more than any other event of the time, the Bread and Roses Strike revealed the tremendous potential of working class people, both in their capacity for mutual aid and solidarity and in the glimpse they saw of a world they might create without bosses and cops.

One especially compelling feature of the IWW’s work in Lawrence that Rabinowitz and other Wobblies sought to carry over was the lengths taken to involve everyone, including family members who did not work in the job but whose lives obviously were greatly impacted by what happened there. As in Lawrence, workplaces throughout Connecticut were made up of workers who spoke many different languages and, frequently, no English. Carrying on the IWW practice in Lawrence of translating speeches, strike updates and other literature into every language, Rabinowitz led a strike in Shelton in 1913-14 during which she was considered such a threat by employers that a detective agency was hired to kidnap her. The kidnap attempt was foiled and Rabinowitz later became a national organizer, remaining a Wobbly until her death in 1963.

Prominent Role of Women
As Thornton tells it, rank and file women were frequently on the frontlines of IWW strikes in Connecticut. They were hard-working women with extremely difficult lives who often had to experience the additional agony of laboring alongside their young children in workplaces that the great revolutionary poet William Blake so aptly called Satanic mills.

Like so many whose names we will never know, they struggled valiantly to make better lives for their families, their co-workers, their communities and all who have come after. Again and again, Thornton expertly brings to life the dangerous work they did, the deadeningly long hours they labored, how hard they had to fight for the slightest improvement in wages and conditions, and the squalor in which they lived with their families. Health benefits, vacations and sick days were unheard of, resisted at every turn by employers, and it was only the perseverance of working class communities that brought about whatever improvements were achieved. Like everyday black folk in Mississippi in 1961, Chicano farmworkers in 1965 and residents of the besieged city of Detroit today, female mill workers of Connecticut rose again and again, with the guidance of the IWW, to demand both bread and roses.
Repression

Throughout Thornton’s book we also see the many forces arrayed against the IWW, its supporters and the strikes it led. Connecticut workers were imprisoned and driven out of town or deported on the flimsiest of pretexts. Many were beaten by police, the National Guard, agents of the notorious Pinkerton Agency, students recruited from local elite universities, and by the American Legion and other vigilantes whose violence was condoned, unofficially if not officially, by cops and judges. Connecticut IWW members also knew the threat of death was real, as local workers would undoubtedly have known about the lynching of Frank Little, the frame-up execution of Joe Hill and the assassinations of Wobblies in Centralia, Everett and numerous other places.

In addition, workplaces and union meetings were regularly infiltrated by company spies, and the IWW was repeatedly undermined by conservative unions of the American Federation of Labor, which they popularly lampooned as the American Separation of Labor for its insistence on keeping workers divided in narrow constituent unions. Traitorous, too, were the frequent betrayals by would-be “radicals” from the Socialist Party, betrayals that led Helen Keller and others to ditch the SP for the IWW.  Thornton documents one local case of such betrayal by Socialist leader Samuel Beardsley, who did everything he could to undermine the 1913-14 Shelton strike because of his hatred of the IWW.
Legacy

Thornton closes the story he tells with a brief afterward he fittingly titles Beautiful Radiant Things. Fitting because the story of the IWW can be told as a sad one, one of savage repression by vastly superior forces and a bit of unfortunate infighting. Beautiful Radiant Things, on the other hand, neatly encapsulates what all the work and sacrifice were about and makes clear that those of us who came after have better lives as a result. More than that, the Wobblies in Connecticut and everywhere else provide those who walk in their footsteps, including many who don’t know they walk in their footsteps, both inspiration and guidance. The IWW itself also lives on, smaller than in its heyday but still organizing, still working toward a better world.

Among those the IWW inspired and provided guidance at least of an indirect sort to are the Conference for Progressive Labor Action, the Student Nonviolent Coordinating Committee, Students for a Democratic Society, the Dodge Revolutionary Union Movement and other RUMs, Occupy Wall Street, Black Lives Matter and 100 years’ worth of organizations and individuals around the world. The IWW greatly enriched an already rich tradition of direct democracy, direct action, of standing firm against both state and private power, and of understanding that everyday people and not the privileged or self-anointed vanguard elites will revolutionize society. May we have more books like A Shoeleather History of the Wobblies to carry forward those traditions and guide and inspire us further.

Bridgeport native Andy Piascik is a long-time activist and award-winning author whose novel In Motion was recently published by Sunshine Publishing (www.sunshinepublishing.org). He can be reached at andypiascik@yahoo.com.