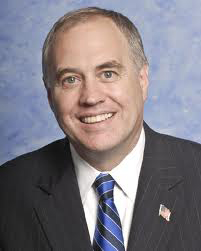 The loss of lower interest rates for federally subsidized college loans would increase borrowing costs for a student by as much as $3,800 over a ten-year period, according to a report released today by State Comptroller Thomas P. DiNapoli, who is calling on Congress to reach an agreement to keep the current rate in place.

The rise in student loan debt has the potential to hurt the national economy and undermine the financial future of individuals and families across the United States.  Extending the lower interest rate for the subsidized Direct Federal Loan program is an important step that Congress needs to take to help keep college affordable for millions of Americans. Attending college should not mean a lifetime of debt. We need to expand programs to help middle and low-income families achieve their goals.

In 2008, the federal government enacted temporary interest rate reductions for subsidized student loans. Currently, the rate is 3.4 percent. On July 1, 2012 the interest rate is set to rise to 6.8 percent for subsidized loans made after that date. This is expected to drive costs higher for millions of students nationally.

If the 3.4 percent rate remains in effect for the coming four years, a student who took the maximum subsidized Direct Loans of $19,000 over that period would incur monthly payments of $187 for ten years. At 6.8 percent, the graduate’s monthly payment would be $219. The lower payment would equate to savings of $380 per year, or more than $3,800 over a standard ten-year loan term.

This year, student loan debt in the United States is expected to surpass $1 trillion. The problem has been particularly acute in New York State. As of 2010, average student loan debt for public and private college graduates in New York was tenth-highest in the nation, according to the Project on Student Debt. The average New York student who graduated in 2010 with loans carried debt totaling $26,271, or 11.2 percent more than the national average.

The loss of the lower interest rate would affect more than 422,000 students in New York, and new loans of approximately $1.7 billion in the coming year.