James Cahill Leads with a Lifetime of Service 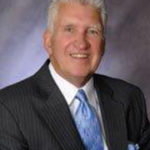 member of the New York State AFL-CIO Executive Council, has been a union member for 50 years. A native NY-er, he was born in Manhattan, grew up in Queens, and currently lives in Rockland County. He was initiated into the Steamfitters Union Local 638 Apprentice Program in 1968, and after graduating became involved in local union politics, serving in a number of elected positions. In 1986, he was elected Business Agent at Local 638, and went on to serve for five consecutive terms. In 1998, he became a Special Representative for Organizing in New York City for the United Association. During that time, he was appointed to the position of International Representative of New York State for the United Association of Steamfitters. He was elected and re-elected for this position at the 2001, 2006 and 2011 UA conventions. In this role, he secured over forty-five billion dollars in contracts under the use of PLA’s throughout New York State.

He has also served as Director of the New York State Pipe Trades. Through his work, he has strengthened the NYS Pipe Trades and UA through new policies and programs, including organizing, political action, market of project labor agreements and Apprentice and Journeyman upgrade training, all of which have served to protect the membership of the United Association.

Cahill has worked on many major projects that have brought jobs to New York State workers. One that stands out is the Tappan Zee Bridge, with a budget of $4 billion. “I worked with the government on the PLA (Project Labor Agreement),” he says. In 2015 he said, “We successfully negotiated that PLA, which is the largest in the country. It guarantees work for our members in the Westchester and Rockland County Building Trades. And there is a staging area near Albany where the Capital Region Building Trades are fabricating the bridge and earning the same wages as the Westchester and Rockland County Trades.” Today, he says, “We had over 1500 building trades workers on the bridge. The project is on time and under budget. And it’s an extremely safe job. There have been no fatalities, no major injuries. It’s government and labor working together. The first phase will open in late summer this year, ahead of schedule.”

Another important project where he worked to secure a PLA is the Global Foundries chip manufacturing plant near Malta, NY. Cahill was instrumental working on the political aspects to get the job and the PLA started. Of the high-tech project, he says, “It’s been ongoing for ten years, and over $15 billion has been spent. At the height of the building trades’ involvement, over 4,000 building trade members worked on it. It’s also been a boon for local communities and people outside the industry, and younger people graduating school.”

These are just two of the many PLAs with which he has been involved. Currently, he’s having preliminary conversations with Plaza Construction about a PLA to develop a 32 acre parcel in Fort Edward. Plaza would be developing the site on behalf of China Railway Rolling Stock Corporation (CRRC) if CRRC is the successful bidder on an MTA contract to assemble subway cars. Approximately 150 construction workers would be working under the PLA to build a 125,000 square foot manufacturing plant as well as a two-mile test track. CRRC operates a similar plant in Springfield, MA which was also built under a PLA. The MTA is expected to make an award by the end of the year.

He’s also been active in the Sandy cleanup efforts, working to speed up the work and get it started. “Jurisdictional decisions were resolved with no delays in work,” he says, which was “instrumental in getting people back into their homes.”

Another area of focus is energy. He’s been actively engaged with energy-related projects throughout the state, such as the Buffalo Billions job in Western NY, which is “one of the largest solar manufacturing plants being built now, and is 100% union in a much needed area.” He’s also been involved with two new power generation plants, CP2 and Cricket Valley. He’s a member of a coalition of business and labor people, New Yorkers for Affordable Energy, which is working to keep the cost of energy down and develop new sustainable energy. The group is now strategizing about the best way to protect the workers who will be affected by the future shutdown of Indian Point, as well as the options available to replace that energy.

It’s important to me that construction workers are treated fairly, whether they are union members or not. These men and women are entitled to safe worksites, proper training, and a fair day’s pay for a fair day’s work. That’s what I stand for and that’s what the NYS Building Trades Council stands for.” says Cahill.

PrevSean Campbell, President of Teamsters Local 813, Stands Out for Service to Members
AFL-CIO and United Airlines Providing Volunteers and Supplies to Puerto RicoNext