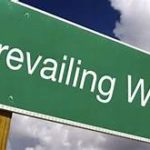 Mangru falsified records as well as underpaid workers from December 2012 through February 2015. The NYC Comptroller had debarred Vickram Mangru in December 2013 for prevailing wage violations on public school projects. Mangru continued to underpay workers after his debarment, then incorporated AVM Construction Corp. with his wife, Gayatri Mangru in January 2014. Although Gayatri Mangru was listed as the owner of AVM, Vickram Mangru managed its day to day operations as it continued to perform construction work at New York City public schools and continued to underpay prevailing wages to employees between April 13, 2014 and February 14, 2015.  Both Vickram and Gayatri falsified payroll records to conceal their crimes, and  stole from  workers.

“Intentionally underpaying workers is both highly illegal and immoral,” said Attorney General Letitia James. “Not only did the defendants take advantage of innocent workers trying to earn a living, they also took advantage of New York City by falsifying records to the Department of Education. This office will never hesitate to investigate any employer who tries to cheat our workers or our government.”bnb

In October 2017, a Bronx County Grand Jury returned an indictment charging the defendants with two counts of failure to pay prevailing wages and benefits and two counts of falsifying business records  Vickram Mangru and AVM Construction Corp. both/ pleaded guilty in Bronx County Supreme Court for failing to Pay Prevailing Wa5ges and Benefits. Vickram Mangru was sentenced to 30 days of incarceration and will subsequently serve three years probation. AVM Construction Corp. and Gayatri Mangru was sentenced to conditional discharges and additional fines.

“An honest days work deserves an honest days pay and when employers cheat workers from the wages they rightfully earned, regardless of their status,  it’s labor abuse at its worst,” said New York City Comptroller Scott Stringer. “Despite being debarred, this unscrupulous contractor attempted to use his wife’s name to open a company and take advantage of immigrant workers by withholding their prevailing wages yet again — now he is facing the consequences of his actions. I would like to thank the Attorney General for working side by side with my office to prosecute this contractor and bring justice to the workers who are owed their fair share.”

State law requires that on construction projects designated as “public works,” workers must be paid a pre-determined industry minimum wage per hour, plus a benefit rate, collectively known as a “prevailing wage rate.” The investigation revealed that Vickram Mangru allegedly paid his workers far less than what his employees were owed under the prevailing wage rate. To cover up the crime, Vickram Mangru falsified reports submitted to the New York City Department of Education by claiming that he did pay workers the proper prevailing wage rate.