Washington, DC –  Some companies have acted improperly in the administration of their 401(k) or defined- 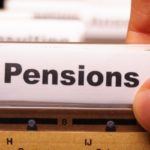 benefit pension or retiree health plans.
There have been 201 settlements and verdicts regarding the administration of pensions. Large corporations have paid out $6.2 billion in class-action lawsuits in which employees claimed that a business mishandled the administration of a pension fund. The largest settlement, $480 million, was reached in 2014 in a retiree health benefits suit brought against Daimler AG on behalf of workers at the German company’s U.S. truck manufacturing plants.
“Class action suits have become an essential way for workers to protect their retirement benefits against employer abuses,” said Good Jobs First Research Director Philip Mattera, who leads the work on Violation Tracker (freely available at https://www.goodjobsfirst.org/violation-tracker).
All of the 201 cases were brought under the Employee Retirement Income Security Act of 1974, or ERISA. The lawsuits alleged various types of misconduct by employers, including:
Charging excessive fees or offering overly risky investment options in 401(k) plans; Improper investment of pension plan assets in company stock, especially during times of instability; Inadequate or misleading disclosure of financial information to plan participants; and Mishandling conversions of pensions to cash-balance plans.
Some suits were brought against investment managers or plan trustees rather than the employer. For example, in 2015 Bank of New York Mellon agreed to a $335 million settlement to resolve allegations by multiple pension funds that it deceptively overcharged them on currency exchange rates relating to the purchase of foreign securities.
Apart from Daimler and Bank of New York Mellon, 13 other large corporations have had total ERISA payouts of $100 million or more. Among them are IBM, Foot Locker, Xerox, Bank of America, AK Steel, AT&T and JPMorgan Chase. The industry with the most ERISA payouts is banking, with a total of more than $1.3 billion.
In addition to large for-profit corporations, some major nonprofits, especially healthcare systems, have had to pay out large sums. Most involve lawsuits alleging that religious institutions improperly claimed that their plans were exempt from ERISA.
Share on facebook
Share on twitter
Share on google
Share on pinterest
Share on linkedin
PrevMore Home Health Aides Urged To Tell Theirs Stories Following Devastating Court Ruling
‘Labor This WeeK Debuts’ On The LP Network!Next

Schumer, Jeffries Urged to ‘Hold the Line’ for the Working Class

NYCOSH: A Valuable Resource for Unions and Workers