New York, NY – Earlier this year, in response to the discrimination, sexual harassment and inequities they saw in the workplace, dozens of workers from Google and its parent company Alphabet Inc., came together to form the Alphabet Workers Union [AWU].

Formation of the AWU in January, directly followed the termination of a former black female co-leader of Google’s Ethical A.I. team named Dr. Timnit Gebru, a month prior.

According to the AWU, Dr. Gebru was fired for raising concerns about bias in artificial intelligence and the lack of minority hiring in STEM fields.

Schmidt is white. Most of the people of color he sees on the job work in the cafeteria.

“The [hiring] outcomes are pretty jarring,” he says.

The hiring of women in technology jobs at Google isn’t any better, according to Schmidt.

“They will also include [in the report] roles in tech and say, ‘We have some percentage of women.’ But when you look at it, the women are administrative business partners, or they are working in sales at the engineering department,” Schmidt says. “Google hides how bad the numbers really are by hiding everything behind the tech, even if those roles aren’t really technical or a software engineering role.”

“If you are not succeeding in fixing these disparities, then you are not trying hard enough,” Schmidt says. “The other element of that is, it’s hard to say you are doing enough when you have described in the media a high-profile Black researcher being laid-off, or have people that don’t feel comfortable working in this space.”

The Google 2020 report describes the company as having low retention rates for Latinx and women employees in 2019.

“It is disappointing to see a high-profile researcher, someone that was celebrated, that helped found many initiatives, and was described as someone to listen to and pay attention to, face abhorrent mistreatment,” says Schmidt.

Margaret Mitchell, the lead of the Ethical A.I. team at Google represents another high-profile case. Mitchell’s corporate access at Google was suspended on Jan. 20, after she had looked through automated scripts to see if there was discrimination against Dr. Gebru.

TheNextWeb, a tech development outlet, quoted a Google spokesperson saying, “Our security systems automatically lock an employee’s corporate account when they detect that the account is at risk of compromise due to credential problems or when an automated rule involving the handling of sensitive data has been triggered.”

Schmidt says, “These things make it feel like Google is not a safe workplace for women or people who want to stand up when there is a problem at the company. If you are going to have a team that looks into Ethical A.I. research, you are going to have to expect they are not always going to be on the same page as Google on everything.”

“We have the smartest people in the world working on these problems, and it is an immense responsibility that Google has taken on,” Schmidt says. “If they are not granted the level of academic freedom that they should have in an academic setting to take on that work, then Google is going to make mistakes. Google is going to take actions that don’t match its mantra: ‘Don’t be evil, do the right thing.'”

While at Google, Dr. Gebru worked on a research paper that shed light on the aforementioned ethical quandaries of Artificial Intelligence.

Schmidt has also worked with women or has heard of women experiencing a range of sexual harassment ranging from  microaggressive comments to sexual assault.

“Sexual assault has been reported by people in tech for a period of years and years,” Schmidt says. “There was a walkout by 20,000 workers in 2018.”

In 2018, more than 20,000 of Google’s workers walked out of work globally to protest the company’s weak sexual harassment policies.

There is also a two-tier system at Google where full-time employees can make upwards of $200,000 a year, while contract employees hired via a third-party vendor, doing the same work, sometimes earn as little as $10 an hour without health benefits or sick time.

“You proxy the work through a third-party that you can disclaim responsibility for,” says Schmidt. “Google is then able to say, ‘We pay our workers well and we contract with other people and we don’t know what they pay their workers.'”

Google’s parent company, Alphabet Inc., is worth $1 trillion, according to Schmidt. If it wanted to hold vendors accountable for how much contract workers are paid or hire internally, it could.

Contract workers are legally not allowed to say they work for Google because they were hired via a third-party, so they also don’t get the benefit of including the prominent company on their resume to find full-time work elsewhere without the risk of being fired, according to Schmidt, who is a finance chair at AWU.

“The reality is that these are two sets of people doing the same work, working side-by-side,” Schmidt says. “AWU wants to hold Google accountable on the product decisions that it makes, on the hiring decisions it makes and on the day-to-day actions of the company.” 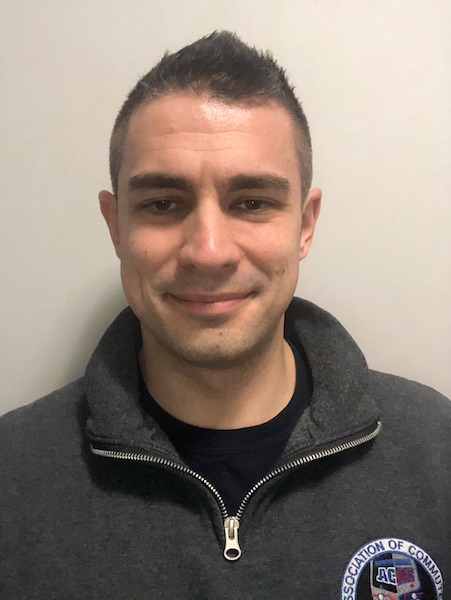 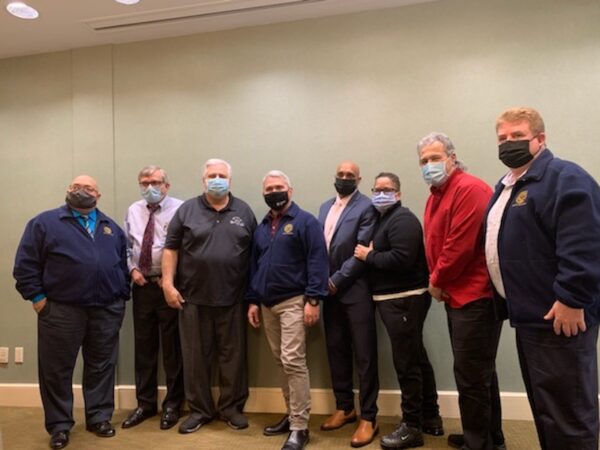 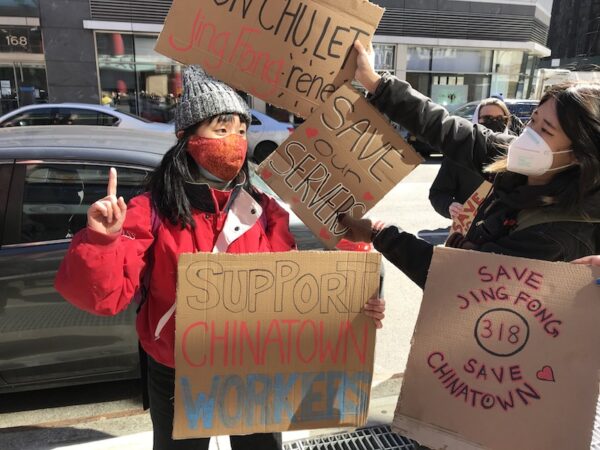 The Only Union Restaurant in Chinatown is Facing Eviction