Lasky, and this piece including Jared Schwartz

Piles of evidence link consistently available food to academic performance among schoolchildren. Unfortunately, this research has been ignored by the House leadership, who have included a provision in the 2018 Farm Bill that would jeopardize free meals at school for many vulnerable children from working families.

The bill would disqualify families making more than $31,980 per year, or 130 percent of the federal poverty 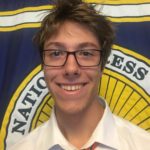 level, from being eligible for SNAP (Supplemental Nutrition Assistance Program, formerly Food Stamps) benefits, which would prevent them from being automatically enrolled in free school lunch programs. According to Think Progress, 275,000 children nationally could lose out. Dr. Carol Olander, who was Director of SNAP Research and Analysis at the U.S. Department of Agriculture’s Food and Nutrition Service and a top official there for 31 years, told us that unlike the Senate bill, “The House bill contains multiple provisions that would reduce participation in SNAP.” The House bill imposes what Dr. Olander said is a “benefit cliff,” where people barely over the income cut-off would be substantially worse off than those under them.

For many families making slightly over 130 percent of the poverty level covering basic needs is a stretch.

Providing food security for the children of these homes must be a national priority. The anti-hunger organization Feeding America reports that one in six children in America do not know when they will get their next meal. We cannot neglect children simply because we feel that their parents are not working hard enough.

The 275,000 children affected by this policy change in the House bill would be even more vulnerable to shifting family situations and parental employment. Children from low income households’ food security would become either inconsistent or nonexistent. As Sibylle Kranz, associate professor of education at the University of Virginia and child nutrition epidemiologist, told CNN, “Children who are hungry are not able to focus, so they have a low attention span, behavioral issues, discipline issues in the school.” Revoking meals will cause their academic scores to fall substantially. Such a policy will simply ensure that poor students have an even more difficult time learning enough to make it out of poverty, costing the government more money in the long run. The poverty that mandates free lunches and breakfasts in the first place would remain exactly the same.

To naively assume, as House leadership does, that taking families making over 31,980 dollars per year off of SNAP rolls will force them to work harder is ridiculous. Those struggling to make ends meet will not suddenly be more prosperous if government makes their life harder. Life is hard enough without Washington kicking kids off free school lunch rolls. To put kids who are often unsure of where their next meal will be from at risk of losing their only consistent source of nutrition is an abdication of social responsibility, not good fiscal policy.

According to Dr. Olander, “The Senate bill as a package that does a better job of protecting low income families.” The Senate bill, which passed 86-11, leaves out many of the other misguided proposals in the House bill including the “benefit cliff.” According to the Center for Budget and Policy Priorities, the work requirements would be largely unworkable and require states to develop large, new bureaucracies to enforce them. Two million people, mostly in working households, would be at risk of losing their SNAP benefits due to these policy changes.

Radical change may save money forced on the budget by the recent tax breaks for the rich but will only mean many more hungry children and working families. If congress can find the money for the tax breaks, it can maintain the funds for food for vulnerable people.

A compromise bill is currently being worked out by representatives from the House and Senate. Pay attention to these negotiations; the food security of 275,000 schoolchildren and 2,000,000 SNAP beneficiaries is at stake. The House-Senate conference committee is now meeting – the decision is pending and timely.