Workers and labor as a whole are renowned for speaking in clear, straightforward, down to earth terms. We can say this about President Trump and North Korean president Kim Jong-un’s relationship:
“Let’s talk,” is a lot better than, “fire and fury,” “Little Rocket Man,” “sick puppy,” and “My button is bigger

than your button;” and from the North Korean side, “deranged,” “dotard,” and a “gangster fond of playing with fire.” As long as the two sides are talking and negotiating (politely), war will be avoided.

Hopefully new National Security Advisor John Bolton, a renowned war hawk, will not provoke Trump to ditch the talks. The stakes are too high. The President’s initial instinct to talk rather than fight is bold and correct.

The threat hits home. From New York to Hawaii, there could be over 129 nuclear targets near major cities 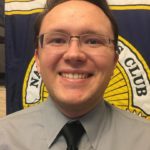 for other countries to attack. Brookhaven National Laboratories in Long Island, NY is about an hour and a half outside of Manhattan. There’s a nuclear training facility in Charleston, SC. Argonne National Laboratory is a 40 minute drive from Chicago. Seattle has a nuclear submarine base 18 miles away.

During his own State of the Union address on Mar. 1, Putin unveiled “invincible” missiles that would render nuclear defenses “useless.” His presentation included a North Korea-like cartoon in which missiles landed in the U.S. Media including NBC’s Rachel Maddow discovered by a simple Internet search that Putin’s cartoon was eight years old. The weapons are speculation, not reality. U.S. intelligence analysts have reported that the missiles may not be ready.  But we really can’t tell if or when North Korea and Russia are ready to aim at us.  Yes let’s talk.

President Donald Trump’s unexpected agreement to speak with Kim Jong-un “by May” is a good first step. He should go forward despite the White House back-and forth since he made the proposal. Before and during talks, no one overtly fights.

With the pending North Korea meeting, “For the first time in many years, a serious effort is being made by all parties concerned,” Trump tweeted. “May be false hope, but the U.S. is ready to go hard in either direction!”

Retired Four-Star Gen. Barry McCaffrey, stated in August 2017 that “our only real military option is to go nuclear” against North Korea should relations deteriorate to irreconcilable. Trump is the first president to use the fact that North Korea has always been willing to talk to establish their national credibility– the U.S. has been the one to balk.

North Korea is only the tip of the nuclear iceberg. Many other countries possess large nuclear stocks.

The 1968 Non-Proliferation Treaty (NPT) is aimed at preventing circulation of arms. Most European, African and South American countries are on board with the treaty and have agreed never to acquire nuclear weapons.

India, Israel, North Korea and Pakistan refused to sign or backed out of the NPT. Their absence poses a significant threat. India and Pakistan have a history of hostility and jealousy. Each continues to build nuclear stock to counter the other. In other words, the world still faces dangerous conflicts in many places.

Iran currently has no nuclear weapons, but has attempted to acquire or build them. To the U.N. in 2008, former Iranian president Mahmoud Ahmadinejad expressed frustration at nations other than his having nuclear weapons access.

“A few bullying powers have… put hurdles in the way by political and economic pressures,” he said. “It is natural that [Iran]… will resist the bullying.” Ahmadinejad cited the thousands of U.S. nuclear weapons. He said with the false premise of WMDs as reason for war, and the U.S. torturing prisoners at Abu Ghraib, the U.S. does not have the “moral” ground to block Iran or other nations from nuclear weapons. It is a case that Americans have difficulty understanding but must do to find common ground to reduce nuclear stockpiles worldwide.

It is time not just for an agreement with North Korea, but revision of the multi-nation NPT, and creation of a new Strategic Arms Reduction Treaty (START) between the U.S. and Russia. President Trump campaigned in 2016 that the “biggest problem… in the world, is nuclear, and proliferation.” He has a point. However, nuclear weapons are unlikely to be used during negotiating, or after if enough teeth for enforcement are in the treaties. Reduction of nuclear weapons must be more than an idle dream. The North Korea talks are a bold step and the right approach.