New York, N.Y.—Six days after reporters and editors at Gothamist and DNAinfo voted overwhelmingly to 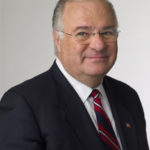 join the Writers Guild of America East, owner Joseph Ricketts suddenly closed both sites. “I just walked back from the bathroom to find out that everyone at Gothamist and DNAinfoNY has been laid off,” Gothamist editor Christopher Robbins posted on Twitter on the afternoon of Nov. 2.

The closing was “absolutely” a response to the union election, says Gothamist reporter/photojournalist Scott Heins. “There’s every reason to believe this is a direct ideological retaliation.” He also called the decision “spiteful.”

“What happened to us was textbook union-busting,” says Gothamist reporter Emma Whitford. “From the jump, we were getting threatening rhetoric from management. We knew from day one that Joe Ricketts was not going to recognize a union.”

Twenty-five of the 27 reporters and editors at the news Web sites had voted for the union, but the closing meant all 115 employees—sales, technical, and office workers in New York, along with staff at DNAinfo’s Chicago site and Gothamist’s sister sites in Chicago, Washington, Los Angeles, and San Francisco—were laid off.

Ricketts also deleted all content from the Gothamist and DNAinfo sites. That meant reporters looking for work couldn’t use them to give prospective employers links to their clips. [Disclaimer: I have written about 30 articles for Gothamist over the past five years.] Until they were partially put back up about 24 hours later, the only content the sites showed was Ricketts’ letter announcing that he had “made the difficult decision to discontinue publishing DNAinfo and Gothamist” and that DNAinfo was not making money “sufficient to support the tremendous effort and expense needed to produce the type of journalism on which the company was founded.”

“The New York offices of DNAinfo and Gothamist recently voted to unionize, and it is no secret that threats were made to these workers during the organizing drive,” the Writers Guild of America East said in a statement posted on Twitter Nov. 2. “The Guild will be looking at all our potential areas of recourse, and we will aggressively pursue our new members’ rights.”

Ricketts, the billionaire founder of TD Ameritrade, wrote a post on his blog in September entitled “Why I’m Against Unions at Businesses I Create.” While he conceded that unions once “served an important purpose, balancing power between ownership and labor,” that was back in the late 19th and early 20th centuries.

Now, he said, they “promote a corrosive us-against-them dynamic that destroys the esprit de corps businesses need to succeed.”

“It is my observation that unions exert efforts that tend to destroy the Free Enterprise system,” he concluded.

“The union drive did not kill Gothamist and DNAinfo. We did not even get a chance to make it to the bargaining table,” says Heins. “Joe Ricketts made the decision to shut this down before we even got to present a list of demands.”

The $1 million Ricketts contributed to Donald Trump’s presidential campaign last year would have been enough to give all 115 workers a bonus of almost $9,000. They will be put on paid administrative leave for three months.

Whitford says the union was “not looking for big raises.” For her, it was more about getting workers at both Gothamist and DNAinfo “a little more control over what’s happening.” Staff at both sites were shocked when Ricketts purchased Gothamist in March, she says, and the organizing campaign helped reporters at the erstwhile rivals bond with each other.

DNAinfo focused primarily on neighborhood news, while Gothamist, founded in 2003, covered city news and culture, from in-depth investigative or analytical stories to restaurant reviews to a viral video of a man shouting racist epithets being doused with soup and forced off a subway car in Williamsburg.

In April, chief operating officer Dan Swartz sent staff an email noting that DNAinfo had lost money every month since it opened in 2009 and asking them to “think about whether bringing a union in would move us in the right direction” “Would a union be the final straw that caused the business to be closed? I don’t know,” he added.

Gothamist publisher Jake Dobkin also took reporters and editors out to lunch to try to discourage them from joining the union, says Heins—a move that “dismayed” him and other staffers, given Dobkin’s leftist political opinions and family background.

“This is a huge blow to local journalism,” says Heins. The two sites often covered stories that larger outlets didn’t, he says, or covered them from a distinctive angle, such as advocating for tenants’ rights.
Gothamist was apparently profitable. “Either this is indeed a spiteful f.u. to the union, it wasn’t worth the costs of finding a buyer, or both,” a Daily News editor posted on her Facebook page.

To paraphrase one of the News’ sportswriters: “If I were a betting man: A spiteful f.u. to the union and the over.”

The Writers Guild will hold a rally to support the Gothamist and DNAinfo workers Monday, Nov. 6 at City Hall at 1 p.m., with several elected officials expected to attend.