New York, NY – California Congressman Raul Ruiz and immigrant rights activists are calling on the Biden Administration  to include aid to some 11 millions undocumented workers who make up a large portion of the frontline workforce, in an upcoming coronavirus (COVID-19) relief package.

“I know the sacrifices that farmworkers make to feed America,” said Ruiz, an emergency medicine doctor who grew up in a trailer park as the son of farmworkers. “As a physician and public health expert, who has personally gone out into the field to conduct COVID-19 testing, as well as now vaccinations at clinics, and educating the community about the vaccine — I’ve seen firsthand the fear and anxiety in their eyes.”

A large number of farmworkers are undocumented Hispanic immigrants at a higher risk for getting COVID-19 because of their work and home environment.

“We can now measure that farmworkers are being infected at a higher rate than other industries as well as the general public,” Ruiz says. “They are dying at a higher rate due to socioeconomic factors.”

Undocumented farmworkers often live in two-bedroom trailers or low-income housing in California with multiple generations of family members; they have chronic diseases like diabetes and asthma that make them more susceptible to dying from COVID-19, and they live in underserved communities that get few resources.

“These workers played a critical role in helping our families survive through this devastating pandemic,” says Sergio Gonzalez, executive director of The Immigration Hub, a national immigration rights group. “Despite their sacrifice and the contribution of these individuals, they live every day with the threat of deportation from the only home that they know. This is unacceptable. The White House and Congress must ensure these essential workers are not left behind in the next set of COVID-relief packages.”

Signing the DREAM Act, the SECURE Act (for temporary protected status holders) and the Farm Workforce Modernization Act will provide immigrants permanent legal status and a pathway to citizenship. But advocates insist that including a way forward in the next coronavirus bill is also necessary.

Immigrant and community activist Lorella Praeli is president of Community Change Action and the “We Are Home” campaign. The former is an organization that helps low-income people through organizing and the latter is a coalition that fights for immigration reform.

“We lost our hope,” Praeli says about the DACA bill of 2010. “The movement has grown exponentially since then. Immigrant justice is a core demand in our progressive movement, and we have more support across the country than ever before. Our time, quite literally — is now.”

Praeli understands Trumpism didn’t end with Donald Trump’s defeat — and will not hold out for help from Republicans in Congress.

“We need to get legalization for essential workers, Dreamers and TPS-holders, and farmworkers,” says Praeli, a Peruvian Dreamer. “That doesn’t mean we are abandoning the 11 million. We are grateful that the president will introduce a bill this week that will provide a path for the 11 million [undocumented immigrants].”

President Joe Biden is expected to unveil his U.S. Citizenship Act of 2021 bill shortly, according to White House officials.

“We will not stop fighting until we won protections for everyone,” says Praeli. “It does mean that we see an immediate path for millions in our reconciliation package now.”

Most of these immigrants are TPS-holders who are in the U.S. under a temporary legal status because of gang wars, political strife, and natural disasters in their home countries.

“They are from Haiti, Somalia, Sudan, South Sudan,” says Lawrence. “They are from Guinea, they are from Liberia, they are from Sierra Leone and then we have others as well from Yemen and Syria. Then of course, the Central American countries, where we also have Afro-Latinas, who are from Honduras, El Salvador and Nicaragua.”

“They are hit really hard by COVID because they are outside every day and they are not able to have the privilege to work from home,” says Lawrence. “They are really in all facets of our economy and are important to driving it forward. Putting them in a path towards citizenship and granting them green cards is the way to go.” 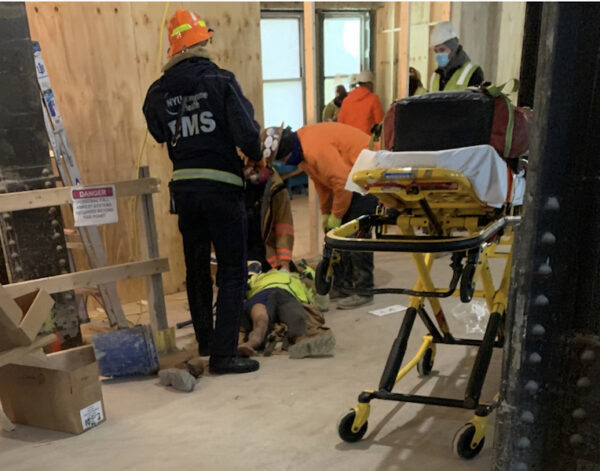 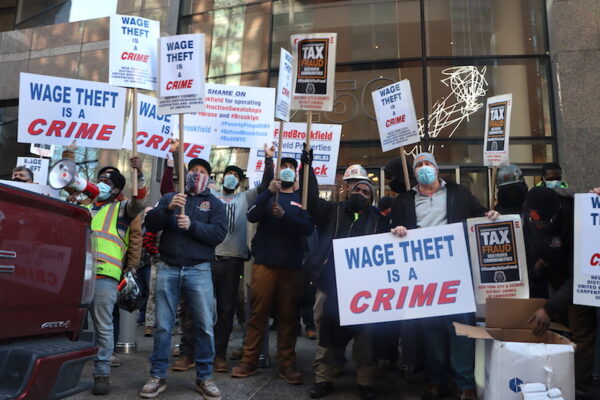