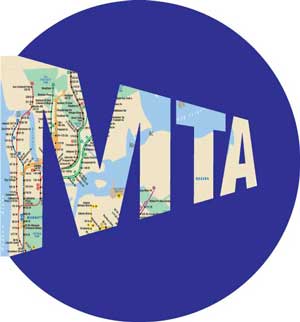 The financial condition of the MTAhas strengthened over the past two years, but the Authority faces continued challenges according to a report released today by New York State Comptroller Thomas P. DiNapoli.

“Ridership is rising and the MTA’s finances are stabilizing, but there are areas of concern,” DiNapoli said. “The pace of the economic recovery, litigation challenging the constitutionality of the Payroll Mobility Tax, collective bargaining and funding for the next capital program could all affect the budget. Fare and toll hikes continue to outpace inflation, placing a burden on working men and women across the metropolitan region.”

The MTA’s financial plan, released in July, projects revenue and expenditure trends for the Authority for 2012-2016. The financial plan continues the MTA’s commitment to reduce planned spending and to raise fares and tolls every other year, while reflecting positive developments such as higher ridership, slower growth in energy costs, and debt service savings from low interest rates.

Findings from the review include:

· The MTA projects baseline budget gaps of $487 million in 2013, $759 million in 2014, $1.1 billion in 2015 and $1.4 billion in 2016. Fare and toll increases account for 82 percent of the resources identified by the MTA to close these gaps over the next four years, with new management actions accounting for the remaining 18 percent.

· The use of mass transit has resumed growing driven by the increase in regional employment. Last year, subway ridership reached 1.64 billion, its highest level since 1950 and the MTA assumes ridership will continue to grow. LIRR ridership remains below its pre-recession peak (87.4 million riders in 2008), while Metro North railroad ridership has increased by a total of 3.1 percent in 2010 and 2011 to 80.4 million riders, and is projected to rise by another 4.3 percent in 2012 to reach a new all-time high.

· The MTA assumes revenue from dedicated transit taxes will increase from nearly $4.7 billion in 2013 to $5.4 billion by 2016, including collections from real estate transactions, which are projected to rise by 54 percent over the next four years.

· The Payroll Mobility Tax is the MTA’s largest source of tax revenue and is expected to generate $1.5 billion in 2012 and nearly $1.8 billion by 2016. A recent court ruling being appealed by the MTA calls into question the constitutionality of the tax.

· The cost of employee overtime peaked in 2009 at $664 million, fell by $49 million in 2010 but jumped to $655 million in 2011 as the result of budget cuts that reduced operating personnel, winter snowstorms and Tropical Storm Irene. The MTA had assumed that overtime would decline to $553 million in 2012, but now expects it to be $25 million higher.

· Health and welfare costs are projected to increase by 42 percent during the financial plan period, reaching $1.2 billion by 2016. Pension contributions are expected to rise from $1.3 billion in 2012 to $1.5 billion in 2016.

· The MTA expects to reduce the cost of the paratransit program by $454 million by 2016 by expanding the use of less costly taxis and livery cars, and offering free MetroCards to certain customers. Despite these changes, the cost of the program is still projected to rise 43 percent to $549 million over the next four years.

· Borrowing has increased with each new capital program and has accounted for an increasing share of the resources used to fund the capital program. For the 2010-2014 capital program, borrowing is targeted to total $14.8 billion and account for 60 percent of the program’s funding. Debt service is expected to reach $3 billion by 2016, 41 percent higher than in 2012, and then level off at $3.2 billion in 2018.

· These estimates do not include the next five year capital program, slated to begin in 2015, which DiNapoli estimates could require at least $20 billion over its life just to maintain and modernize the existing system. Additional resources would be needed to begin the next phase of the Second Avenue Subway and other new expansion projects. The MTA has not yet identified sources of funding for the next capital program.

· Savings from debt refinancings, which are currently underway, or from a low-cost federal loan for the current capital program, which requires federal approval, would provide the MTA with added flexibility and could be used to help fund the next capital program, moderate future fare and toll increases, or provide a reserve fund.

· The MTA has been implementing management actions since 2010 that are expected to generate recurring savings of $1.1 billion by 2016.