Broadway wasn't even on Carter McLean's radar when he first started working at  legendary Manny's Music store in Manhattan just prior to 9/11. The self-taught musician  from Connecticut and lead Lion King drummer had just wrapped up his studies at the University at Colorado Boulder and was hoping to land a rock n' roll gig with someone like Sting, Peter Gabriel or Paul Simon. But then other folks in the Big Apple started noticing his chops.

"I'd be tuning up a drum set at Manny's, and somebody would walk in and say, 'Hey, man! You sound really good. Who are you playing with?'

One night, a veteran of Stevie Wonder's band came in and invited McLean to come up to Harlem and sit in with legendary musician Roy Ayers. 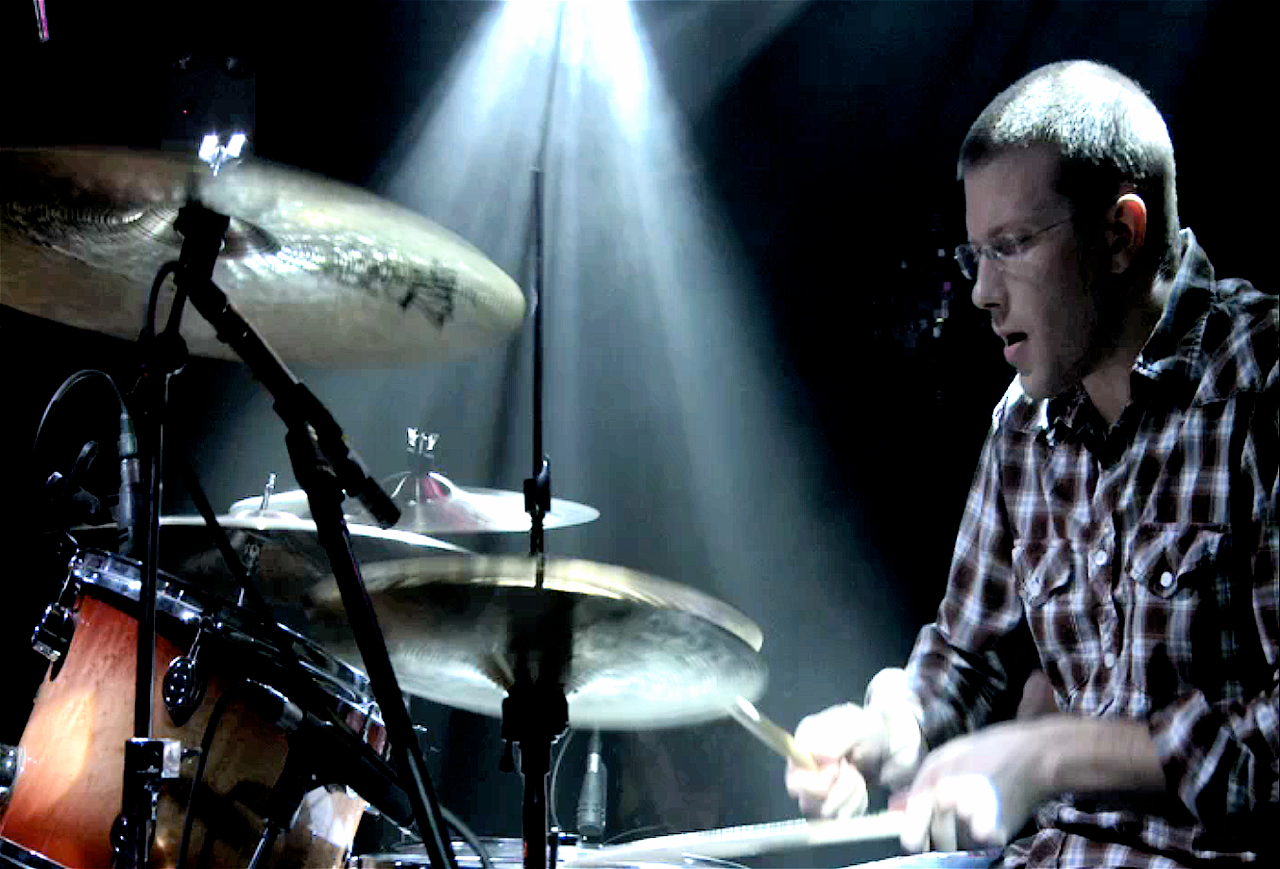 McLean says, "I was like, 'Whoa! Okay!' "You would meet people just because you were in there playing. They didn't even know I worked there. They just thought I was checking out gear."

Eventually, McLean was introduced to drummer extraordinaire Tommy Igoe – the guy who would help him land a gig subbing for him on one of the longest-running shows on Broadway – Disney's The Lion King.

"I had never done any Broadway stuff before," McLean says. "And I just wanted to talk to somebody who was doing it. Drum Workshop gave me Tommy Igoe's number and I just called him and sort of talked to him about what was expected of me in that world. I guess he thought I was like a Broadway guy because he asked if I wanted to sub on his book."

That was 11 years ago. When Igoe announced earlier this year that he was relocating to San Francisco, McLean was officially awarded The Lion King's drum throne.

"I thought for sure that he was going to come back because The Lion King is a big gig to walk away from," McLean says. "But he wanted to pursue other stuff in San Francisco. Then, about two months ago, they offered the gig to me permanently."

Growing up in Connecticut, McLean taught himself how to play the drums jamming to a diverse collection of records – everything from Led Zeppelin to Chic Chorea. Ironically, that early training was perfect preparation for mastering The Lion King's demanding drum parts.

"Lion King in particular is a very unique drum set book," McLean says. "I'm definitely doing a lot of stuff. There's the traditional drum kit, an electronic drum set, triangle, African hand drum, different shakers, orchestral base drum and wood blocks you've got to play. It really covers a lot of bases quickly. On top of that, the whole show has to groove a certain way."

Unlike being on a drum riser in front of 10,000 screaming people while touring with the funk and jazz outfits he's played with in the past, The Lion King places McLean behind a nearly soundproof drum booth in front of a solitary conductor. The bulk of a much more sedate and smaller theater crowd is observable only through monitors. But McLean doesn't mind.

"It's still great," McLean says. "After the shows, I walk out of the theater and people are like, 'Man! That was an amazing show. Thank you so much!' It's a totally different thing. And both of them are super rewarding in different ways."

Being a member of the American Federation of Musicians Local 802 has allowed McLean to keep the rhythm section on the Lion King as well as other shows like "Rent," locked up without having to fret about many of the economic issues other unaffiliated musicians have to face.

"When I first came to the city, people would ask me if I was a union member, and I had no idea what they were talking about," McLean says. "I had been playing in college and then went from there straight into the city. As soon as I saw that I could get health benefits and that the union actually looks out for me, and how my taxes are dealt with, I said, 'This is great.'

McLean also believes being in the union makes drumming feel more like a "legit job."

"As opposed to being sort of out there floating around on your own trying to make stuff happen," says McLean. "You feel like you have somebody on your side if anything goes wrong."

McLean also credits his decision to learn sight reading from a local music instructor back in Connecticut during his high school days named Phil Benette with preparing him for his current Lion King gig.

"I didn't really have a teacher that sat down and said, 'Okay, hold the sticks this way, do this, do that,'" McLean says. "I could play pretty well, but one day Phil said, 'Read this,' and wrote out this big, rock groove with eight notes on the hi-hat. I didn't even know what it was. It was crazy because I could play all of this stuff, but I couldn't read eighth notes. But Phil said, 'We're going to dig in on this because you have to know it.' That was the only training I had, learning to read note values, so I could catch up to where my playing was. And I'm so glad that we did because you have to read that stuff note-for-note in the shows."

Most of McLean's playing is currently focused on The Lion King, but he also jams with brother Jamie and his outstanding southern roots rock band when the opportunity arises. Although, McLean is happy that his steady Broadway gig allows him more time at home with new wife Sabbath.