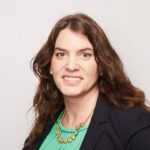 committed to helping those in need. For the past ten years, she has been working for NEW, an organization that prepares, trains, and places women in careers in the skilled construction, utility, and maintenance trades. She began her tenure as Vice President of Programs, then moved to Executive Vice President, and in 2014, became President. Previous to joining NEW, she worked for ten years on housing and homelessness issues with other community-based organizations in NYC.

Culhane’s Masters degree in Social Work from Columbia University presaged her work at NEW, helping people raise themselves up out of poverty and firmly into the ranks of the middle class. NEW graduates start their careers earning over $17/hour and by their third year they are earning $25/hour. NEW has placed thousands of women in careers in the construction, energy, transportation, and facilities maintenance industries. “We are celebrating our 40th anniversary this year,” says Culhane. “In the last ten years we’ve placed over 2500 women…the amount of placement has really grown.”

NEW’s graduates have had to work hard for their advancement. They must take a seven-week class, where they have basic hands-on shop classes in carpentry, electrical work, and painting, as well as lifting and carrying, trades math, and health and safety training. They earn a credential recognized by construction unions and the NYS Department of Labor, a 10-hour OSHA certificate, and have the opportunity for direct entry into apprenticeship programs. Many are women from underserved communities: over 80% are low-income, and 50% receive public assistance; 80% identify themselves as minority.

In the ten years since Culhane has been at NEW, all the hard work has paid off: The number of women construction workers in New York City has grown substantially since 2005 as a result of a coordinated effort between NEW, labor unions, contractors, and government. New York City’s building and construction trades apprenticeship programs now include over 12% women – a national record.

Culhane has also overseen the NEW Signatures Projects Program, launched in 2010. The program enlists owners, developers, and contractors to pledge to employ tradeswomen as a specified percentage of their project, for the life of the project. Generally, NEW recommends 15%. These projects have included such high-profile ventures as the Barclay Center, the Columbia University expansion, the Ford Foundation headquarters, JP Morgan Chase in New Jersey, and the World Trade Center rebuilding. “Over the last seven years, we’ve had 47 projects [sign up],” says Culhane. “There is now more of a demand for tradeswomen so we make sure there are enough in the workforce to meet all the needs,” she adds.

Culhane has also worked to create the Ambassador Council, a board of 30 mostly industry members, many of whom run construction projects throughout New York City, and who work closely on the signature projects.

NEW is funded by foundations, its own fundraising – such as the annual luncheon which, this past June, raised close to $900,000 – and government, city, state and federal funding. “The real story,” says Culhane, “is the women who come through our doors ready to make a transformation in their lives. They are amazing. They transform their lives through these opportunities.”