Healthy Pension Plans Doing Better, But Sick Ones Not Improving 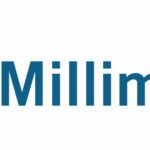 markets collapsed in 2008”—but there is a widening gap between healthy plans and those in critical condition, says a report released Oct. 23 by the Milliman actuarial-consulting firm. Milliman’s Fall 2017 Multiemployer Pension Funding Study, analyzing the balance between the funds’ liability for paying out accrued benefits to retirees and the value of their assets as of June 30, found that they overall were 81% funded, up from 77% at the end of 2016. While the funds’ total liabilities increased from $634 billion to $642 billion, their assets rose from $488 billion to $517 billion.

The study examined the nation’s about 1,250 multiemployer plans, which are used in industries where people regularly work for different employers, such as trucking, construction, and entertainment. They had been 85% funded at the end of 2007, plummeted to 53% in early 2009, but had recovered to the 65-70% range by early 2010. For the about 25% of plans considered “critical,” however—the Teamsters’ Central States Pension Fund is the best-known example—funding has hovered at around 60% since the end of 2009. The noncritical plans have almost regained their pre-recession level of 90%.

“In aggregate, asset growth for multiemployer plans far outpaced assumptions for the first half of 2017,” Milliman consulting actuary Kevin Campe, the study’s lead author, said in a statement. “But that bears little weight for critical plans, which are hurt by their substantially lower asset base. Despite the bull market, we’re seeing the funding gap continue to widen between critical and noncritical plans.”

Having lower assets in relation to their liabilities means the plans in critical condition need much stronger returns on those assets to see improvement in their funded percentages, the study said. “That fact, coupled with severe negative cash flow positions, has proven too difficult for critical plans to realize significant recovery in their funded percentages from their low points after the 2008 crash,” it added.

“The ones that are most troubled are not making any improvement,” study coauthor Tim Connor told LaborPress. One of the biggest factors afflicting them, he explains, is that they have more retirees and former employees participating than active workers contributing.

“If a plan is paying out more in benefits than it’s taking in in contributions, that makes it very difficult to maintain funding,” he says. The current workers can’t carry the burden of supporting it.

For example, Ironworkers Local 16 in the Baltimore area, which in 2016 unsuccessfully asked the federal government for permission to reduce its retirement benefits, was paying pensions to about 620 retirees, but had only about 300 workers paying into its fund. The Teamsters Central States fund suffered from the deregulation of trucking, which sharply reduced the number of union employers.

Many of the most troubled plans, the study said, are on track to rely on assistance from the federal Pension Benefit Guaranty Corporation, which insures almost 24,000 private-sector defined-benefit pension plans and “is currently facing its own dire financial issues.” Last year, the PBGC paid benefits for more than 830,000 retirees in more than 4,700 single-employer and multiemployer pension plans that couldn’t cover the pensions those workers had earned, and it will ultimately be responsible for the current and future pensions of about 1.5 million people. If the number of people it has to cover increases more, the Milliman study said, that could affect healthier plans by increasing their premiums.