Lasky, and on this piece Madeline Cusick

Unlike the private sector, where white collar criminals like conmen Bernie Madoff, and Enron’s Kenneth Lay and Jeffery Skilling went to jail, public officials have often gotten by unscathed for abuses of power.  People occupying the highest positions should be treated the same under the law as our most egregious private sector criminals.  The Flint water crisis and the recent imprisoning of immigrant children in cages, away from their parents, are cases in point.

The Flint federal, state, and local prosecutors seem afraid to reach to the top.  Between April 2014 and

October 2015, while Flint, Michigan received water from the Flint River at the discretion of an emergency city manager appointed by Gov. Rick Snyder, the Center for Disease Control (CDC) estimates that 9,622 children under the age of six were living in areas receiving Flint water.  Elevated blood lead levels increased to 5% of children tested, putting them at risk for impaired physical and mental development.  In addition, the Michigan Department of Health and Human Services (MDHHS) confirmed 90 cases of Legionnaire’s Disease. Including 12 deaths associated with the diagnosis. 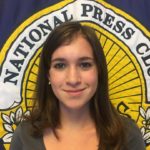 who appointed and oversaw the emergency city managers who decided to switch to Flint water. In connection with the Flint water crisis, some fifteen government officials faced criminal charges.  Among the highest-ranking officials prosecuted included Michigan Health and Human Services Director Nick Lyon, whose charges included involuntary manslaughter.  However, Gov. Snyder has remained notably absent from the list and from any charges.

Based on reports from members of Congress, The New York Times reported that 12,800 migrant children were being held at federally contracted shelters in Sep. 2018, a dramatic increase from 2,400 May 2017 and the result of fewer children being released to family or sponsors.

From April to June 2018 the Trump administration executed a “zero-tolerance” policy on immigration, which included separating children from their detained parents and led to an estimated 2,500 separated children this summer alone.

Not only does the psychological harm children face from holding children for extended lengths in detention makes the practice objection, but the law also prohibits it.

The 1997 Flores Settlement Agreement dictates the rights of children held by Immigration and Naturalization Services (INS), listing that they should be released from detention without unnecessary delay, the period of detention limited to 20 days, and they should go to the “least restrictive” setting if placement with a parent or guardian cannot be found.

Facing public pressure, including condemnation of the policy from throughout the nation and the world, including the United Nations High Commissioner for Human Rights Zeid Ra’ad al-Hussein, President Trump issued an executive order on June 22 ostensibly halting the family separations.  He praised himself for ending the policy he instituted.

On June 26, a temporary injunction was issued halting the separations and requiring families be reunited within 30 days.  However, in June the administration began requiring sponsors to submit fingerprints, undocumented sponsors risk arrest by attempting to claim children, slowing their release and compliance with the terms of Flores.  In addition, recent reports (CITE) 22IN 2017, there were 1,200 children detained; now there are currently over 12,000 — a tenfold increase.

Attempts to alter Flores and allow children to be held indefinitely were rejected.  As the law currently stands and to protect the interests of children, federal officials and agents should face punishment for not fulfilling the terms of the Flores settlement requiring children’s timely release from detention. There seems no difference from kidnapping.

Snyder has blamed a failure on behalf of the Department of Environmental Quality (DEQ) for the water crisis, yet as early as January 2015 emails between the DEQ and his staff reveal a connection between Legionnaire’s and Flint water.  In July of 2015, Snyder’s chief of staff, Dennis Muchmore, told Health Commissioner Lyon in an email that he was “frustrated” with the water situation.  Yet Snyder did not announce Flint’s return to the Detroit water system until Oct. 8.   He did not declare a state of emergency until Jan. 5, 2016.

Michigan Attorney General Bill Schuette opened an investigation Jan. 15, and Gov. Snyder offered an apology Jan. 19 but claimed to have only gained knowledge of the Legionnaire’s outbreak that month.

The primary objective of government officials should be protecting the people they represent.  Without the threat of criminal consequences for their decisions, the incentive remains for officials to protect their position by claiming ignorance and passing the blame to lower positions of power.

Even President Trump, Snyder’s close ally who did a photo op with him in Flint in 2016 and later in 2017 while studying the water crisis, told The Detroit News, “I think it’s a horror show that it was allowed to happen and to be honest with you it should have never, ever been allowed to happen.”