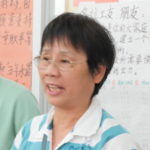 up being paid for about 12 hours of work, are, this week, hailing a recent trio of NYS Supreme Court Appellate Division rulings,  that they say should finally put a stop to the egregious scheduling practices and bring them closer to recovering years of unpaid wages. The NYS Supreme Court Appellate Division rulings handed down earlier this month, could potentially impact tens of thousands of home attendants around the state, and cost government millions of dollars in Medicaid reimbursements to the non-profit service organizations that employ them.

Lai Yee Chan, a home attendant working for the Chinese American Planning Council, called the plight of unpaid workers like her “super exploitation,” and said the system that allowed agencies to pay workers for only half of the hours they actually provided care “should not have even existed in this kind of civilized society.”

Numerous advocacy groups, including the Chinese Staff & Workers Association, Domestic Workers United, Urban Justice Center and others involved in the overall Ain’t I a Woman? Campaign in support of home attendants, are currently helping hundreds of workers to recover unpaid wages.

“This is a women’s issue because women still take on the disproportionate of caregiving in our society,” NOW-NYC Deputy Director Jean Bucaria, told supporters this week. “This work overwhelmingly continues to be devalued and underpaid. Home attendants are providing essential services for seniors across the city — what could be lifesaving services. And because of their work, seniors are allowed to remain in the homes they know best. At the same time, despite this, they face long and tough 24 hour shifts. We must make it a priority to care for those who care for others.”

Some of the home attendants stiffed out of wages are members of 1199SEIU, who say their union has failed to support them in the fight against withholding employers, and actually undermined their efforts in court by signing contracts containing arbitration and mediation clauses.

“Since we filed lawsuits, SEIU, disappointingly, did not support our workers’ actions, and, instead, colluded with the CPS and signed a new contract to force us workers to go through arbitration and mediation,” Chan continued. “Because of these kinds of new contracts our lawsuits have been stalled in the courts for more than a year.”

Helen Schaub, New York State policy director for 1199SEIU, argues that the union has always maintained that employers were failing to pay home attendants properly, but that arbitration and mediation is the “faster way” for workers to “enforce their rights.”

“We don’t think it’s helpful going though the court process,” Schaub told LaborPress. “The contract says it’s going to go to an arbiter — but the arbiter is bound by law. We’re very proud of that arbitration agreement.”

entire 24-hour shifts, organizations including the Chinese American Planning Council, First Chinese Presbyterian Council, Human Care, Jewish United Council and others, will no doubt be looking to the state to cough up the cash.

“I’ve heard employers say that they feel that perhaps the state’s going to have to step in and do something because their defense is that they’re only allowed to bill for so much per shift and they only get reimbursed so much per shift,” LaDonna M. Lusher, an attorney representing home attendants, told LaborPress.  “Perhaps, maybe, at some point there has to be something done statewide, that there’s a fund for these workers so they can get their unpaid wages. But for now, each group is proceeding agains their own employer.”

“We have to change [patient] diapers, take them to the bathroom — some of the patients have Alzheimer’s [Disease] and walk all night. That’s why we demanded all the hours for our work,” Ramirez said.

Home attendants who were paid properly can seek restitution for work going back as far as six years.

“We are demanding that all home care agencies stop these illegal practices now and pay workers everything that they’re owed immediately,” DeBenedetto said. “We are uniting to demand a stop to mandatory overtime, and an end to these 24-hour shifts that rob of us of our health and destroy our families. We’re calling on home attendants throughout the state to join us in this fight.”