NEW YORK, N.Y.—New York is far from the only place where profit-driven haste costs construction 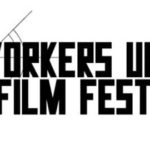 workers their lives. The Cost of Construction, a 2016 documentary shown at the seventh annual Workers Unite Film Festival, focuses on the building boom in Las Vegas during the pre-recession real-estate bubble—particularly MGM’s $9 billion Project City Center development, a mammoth casino-hotel-apartment complex that was then the largest privately funded building project in the U.S. After six workers there were killed in accidents within 18 months, building-trades unions went on strike, dubbing the complex “MGM CityCemetery.”

One of the dead was Ironworkers Local 433 member Harold “Rusty” Billingsley, 46, who was killed Oct. 5, 2007 when he fell almost 60 feet through an opening in the building’s floor. There was no deck or net below the level he was working on: As part of the George W. Bush administration’s effort to reduce regulations, the federal Occupational Safety and Health Administration had modified its rule requiring a safety floor within 30 feet in 2002, saying it was not necessary.

The film tells the story with a mix of interviews and documentary footage, weaving a 2008 congressional hearing on the deaths of workers on the Las Vegas Strip with conversations with Billingsley’s sister, brother-in-law, and the Las Vegas Sun reporter who won a Pulitzer Prize for her work on the story. It also covers the deaths of two casino maintenance workers who were sent into a manhole where lethal hydrogen sulfide gas was leaking.

Nevada’s OSHA at first said Billingsley’s death was the result of a “willful” violation and fined the contractor $440,000—but after an “informal conference,” the violation was downgraded to “serious” and the fine reduced to $180,000. Overall, the film says, too much money had been invested to delay the project.

Nationally, OSHA’s fine for a “willful” violation that causes the death of a worker was raised from $70,000 to $120,000 in 2016—still far less than the $325,000 that the Federal Communications Commission can levy on broadcasters for “indecency.”

The Workers Unite festival, which runs through May 24, is dedicated to films that “highlight and publicize the struggles, successes and daily lives of all workers in their efforts to unite and organize for better living conditions and social justice.”

The more than 20 feature films shown include The Iron Triangle, a documentary on the immigrant-owned auto-repair shops of Queens’ Willets Point facing eviction for a shopping mall; Detroit 48202: Conversations Along A Postal Route, the recent history of the Motor City illustrated through the world of mail carrier Wendell Watkins; and Dolores, a biography of pioneering farmworker organizer Dolores Huerta. The shorter films include Freelance Nation, on the gig economy; Bullies, an animated exposé of the Real Estate Board of New York; and Berta Didn’t Die, She Multiplied! On the legacy of murdered Honduran organizer Berta Caceres, along with films produced by the New York State Nurses Association, the Transport Workers Union, and the “citizen filmmaker” apprentices at Plumbers UA Local 1 and International Brotherhood of Electrical Workers Local 3.

Local 3 apprentice Roman Verhnyak told the audience that The Cost of Construction reminded him that he’s twice worked on sites where someone was killed in an accident—“and I’m 26.”

“Some things are not preventable,” he added, “but some are.”

Bennett Kremen, a writer and Stop REBNY Bullies activist, contrasted that with when he worked on the Alaska oil pipeline in the 1970s. “We were working in 40-below weather, on cliffs, under rockslides,” he recalled. But there were only three accidental deaths among the 20,000 workers who spent more than two years building the 800-mile pipeline, he said: OSHA was then at its most powerful, and there was lots of media attention on the project.

The film festival will continue until May 24, and The Cost of Construction will be shown June 15 at IBEW Local 3’s headquarters in Queens. For more information, go to www.workersunitefilmfestival.org.