Hoping to use the $80 million CityTime scandal as a battering ram to force budget reforms, union leaders and the City Council’s progressive caucus demonstrated around the corner from City Hall today opposite the Municipal Building. About 300 officials, politicians, rank and file and passersby listened as speakers took the podium to score Mayor Mike Bloomberg for lax oversight at the Office of Payroll Administration and demand a thoroughgoing investigation of City contracts. Focusing on the imminent layoffs of 129 workers at the Department of Finance, they called the cuts unnecessary and cruel at a time when jobs could be created and supported by curtailing fiscal waste and fraud. 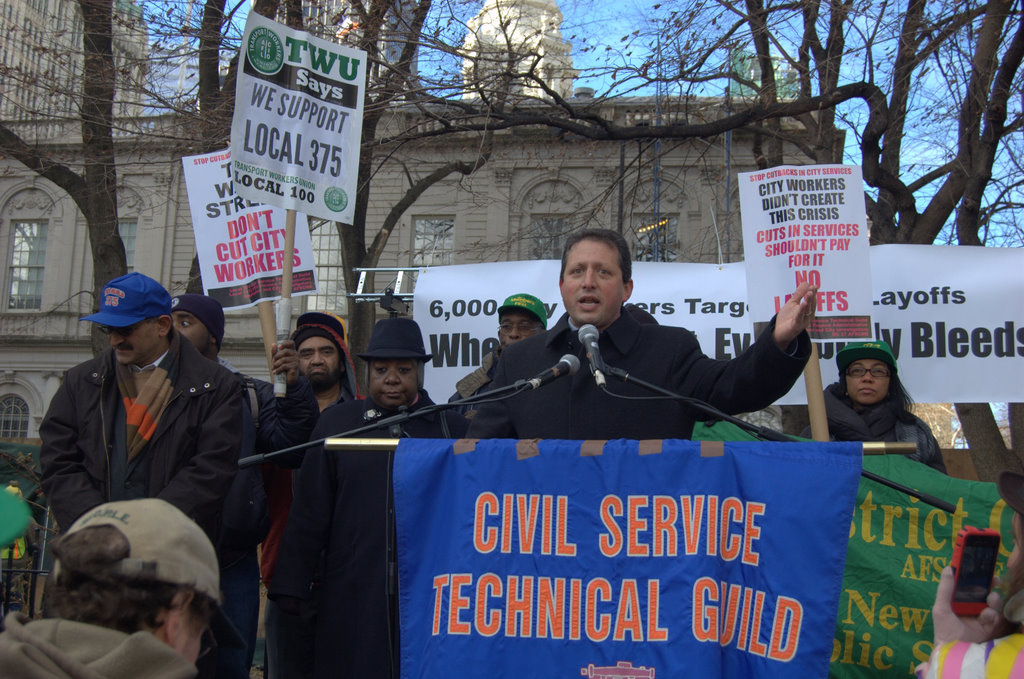 The rally was called by two DC 37 Locals – 375 and 1113, which together represent the bulk of the members targeted for termination. DC 37 Executive Director Lillian Roberts spoke for ten minutes in the freezing weather, bitterly attacking the Mayor for turning a deaf ear to the Council’s white papers on how to eliminate waste and fraud through reducing the contracting out of City Services. Local 1113 President Deborah Pitts had a metaphor that summed up the argument. The billionaire Mayor, she said, has the money stuffed in his ears, and can’t hear the distress of the people he is firing.

Local 375 President Behrouz Fathi, whose union was the first to protest the contract which has ballooned in cost from $63 million to over $750 million, called CityTime “the tip of a dirty iceberg,” and predicted more arrests and more revelations about the frauds committed with taxpayer money.

Newly-elected City Councilman Brad Lander (D-Brooklyn) announced that the Council’s Progressive Caucus has introduced a bill which would reverse the Obama Administration’s tax cuts for the super-rich in New York City, levying a similar tax on top wage earners. This measure, Lander said, would bring $8 billion into City coffers. 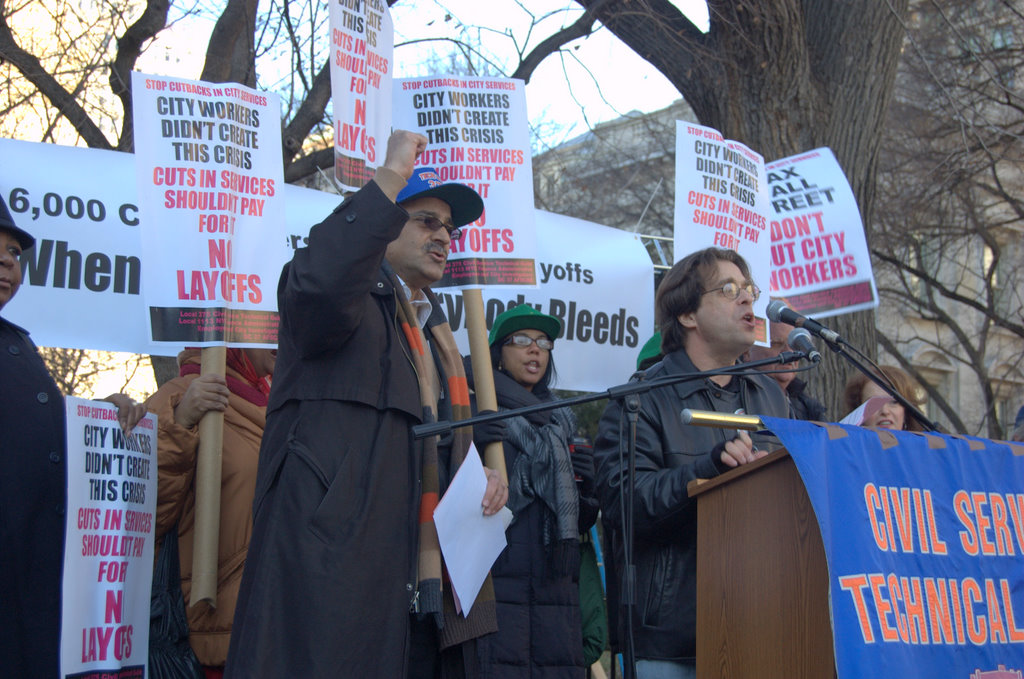 Hyacinth, a soon-to-be laid off worker at the Department of Finance, pleaded with the Mayor to help her find a new job so that she could pay her children’s educational expenses. Bob Croghan, President of the Organization of Staff Analysts, said that CityTime replaced another automated City timekeeping program, Autotime, which had been working well and had no problems when it was replaced. An AFGE official who also spoke said that the feds also have an automated payroll system which works well and “didn’t come in a thousand percent over budget.”