West Virginia Teachers Fight – ‘Not Really Just a Strike, But a Movement’

CHARLESTON, W. Va.—Country roads, take me home, to the place where teachers will get a 5% raise this summer. 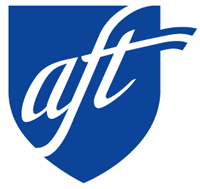 “This is a huge victory and symbol of respect for every teacher and school support staff member in the state of West Virginia,” AFT-West Virginia President Christine Campbell said in a statement Mar. 6. “Thousands of educators and their supporters came to the state Capitol for the last week to ensure the public and the Legislature understand how important their jobs are and that they have been underpaid and undervalued. The strike and its strong outcome should be seen as a shot across the bow to every lawmaker who may underestimate the support teachers have, the hard job they do, and their willingness to stand up for what they deserve as they educate the next generation.”

The bill will increase salaries for West Virginia teachers, who are among the lowest-paid in the country and haven’t had a raise since 2014, by an average about $2,000 a year. But it leaves several financial problems unsolved, especially as it also promises all state employees the same 5% increase. The state Senate agreed to fund the raises by cutting Medicaid, although Gov. Justice told teachers he opposes that. Other possible targets include economic-development initiatives and the state’s tourism advertising.

A more serious problem is the state of the Public Employees Insurance Agency, which provides health-care benefits for state employees. While premium increases have been frozen for the past 17 months, they are projected to go up by 7.2% in 2020, 14% in 2021, and 14.6% in 2022. “That is a 40% increase between now and 2022,” the School Service Personnel Association said in a message to members before the work stoppage. That would increase the average worker’s premiums from $218 to $307 a month, it said, and retirees’ premiums would go up by 140%.

“I’m certainly very comfortable going back to the classroom based off of this, but I don’t think we’re done,” Daniel Summers, 35, a high-school business and English teacher in Monongalia County, told the Los Angeles Times. Unless the legislature stops the increases in insurance premiums, he explained, they “will probably eat up the raise pretty quickly.”

The governor is in the process of appointing a task force to study long-term solutions to PEIA’s finances. It is scheduled to have its first meeting March 13.

The strike, in which hundreds of teachers and school workers packed the state capitol, chanting “55 strong” and singing John Denver’s “Country Roads”—the unofficial anthem of Mountain State pride, but also a reference to teachers leaving West Virginia because of its low salaries—was an eruption of militance in a state whose government has become increasingly anti-labor. West Virginia banned the union shop and repealed its prevailing-wage law in 2016. Last year, Justice vetoed a bill that would have prohibited employers from deducting union dues or fees from workers’ paychecks without written authorization, legislation dubbed “paycheck protection” or “paycheck deception” depending on which side you’re on. The state Senate approved a revived version Feb. 9. Part of the deal to end the walkout was for the legislature to hold off on that bill and another to weaken seniority protections.

“This strike was a long time coming,” Barbara Miltenberger Green, band director at Tygarts Valley Middle/High School in the mountain village of Mill Creek, wrote on the Daily Beast Mar. 6. The state has more than 700 teaching positions vacant, as low salaries and rising health-insurance costs make them hard to fill. Tax cuts and that teachers’ pay is set by the legislature instead of by collective bargaining keep salaries low, she added.

The events that led to the walkout began with a small rally at the state capitol on Martin Luther King Jr. Day, Heather Deluca-Nestor, president of the Monongalia County Education Association, told WAJR-AM in Morgantown. “If you would have told me that day that the events that have taken place thus far were to happen, I would have never believed it in a million years,” she said. “Within six weeks, West Virginia Education Association, AFT, and WVSSPA, teachers and service personnel merged to become 55 United—a statewide initiative. We knew we had to stand up for all public employees and the state of West Virginia.”

“What happened was not really just a strike, but a movement that has enlightened our whole state,” Miltenberger Green wrote. “This 5 percent raise is only a baby step; if West Virginia wants to have competitive salaries, we will need a raise again next year. And the most important goal is to find a sustaining funding source for the Public Employee Insurance Agency.”