“Wal-Mart has not changed and neither have we, “ said Murray Morrissey, Secretary Treasurer of Local 338 of the Retail, Wholesale and Department Store Union (RWDSU). “We will never let them get away with what they have gotten away with in other parts of the country.”

Wal-Mart has tried and failed for years to open a store in New York City. But the retailer hasn’t given up. Wal-Mart is now planning to become a major retail tenant in at Gateway II, a massive new project planned for Brooklyn by the Related Companies on an “as-of-right” site already zoned for the construction, according to coverage in Crain’s New York Business. That means the project will need fewer approvals to go forward. 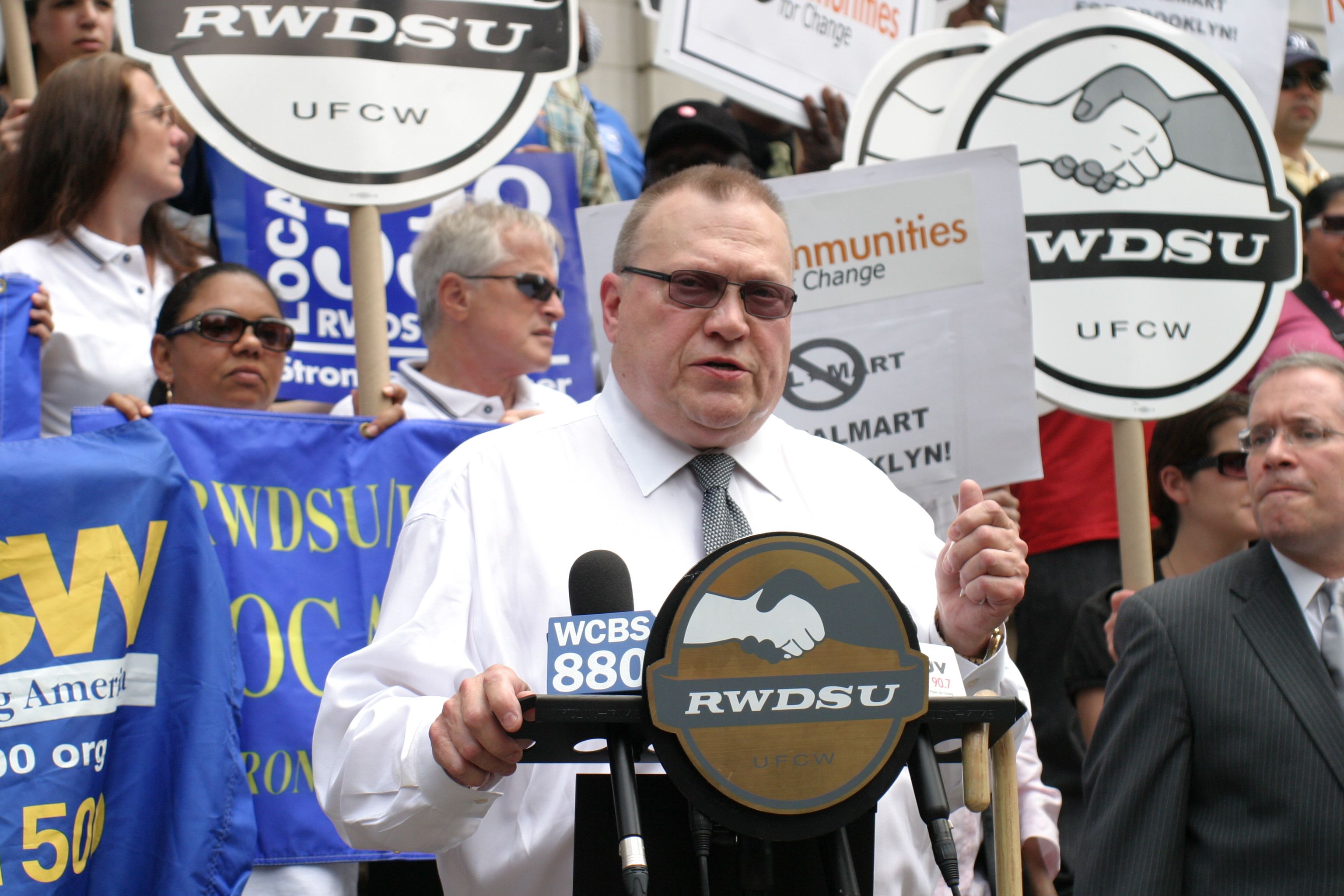 In response to Wal-Mart’s plans, more than 100 union protesters chanted “Fughgeddaboudit!” the steps of City Hall. That translates to: “forget about it.”

Union activists oppose the planned store because of Wal-Mart’s terrible record on workers rights. For example, the company faces a potential $2 billion in fines in Minnesota for illegal practices including unpaid wages.

Wal-Mart is also the subject of the largest employment discrimination lawsuit filed against an employer in U.S. history, according to the protesters. “Women get paid less money and are offered fewer promotions,” according to Stuart Appelbaum, president of the RWDSU.

Union activists believe that Wal-Mart often lowers prices at new stores to hurt its competitors, only to raise prices after those competitors are gone. “They are so insidious in their practices,” said Local 338’s Murray. “They put everyone out of business until they have an area under their control.”

New York City, like many urban areas, hopes to attract new retailers, so that New Yorkers can have access to more choices when they shop. However, City Council Speaker Christine Quinn draws the line at Wal-Mart.

“Wal-Mart’s business plan is a business plan that runs counter to the core values of New York City,” said Quinn. “Until they change their ways they are not welcome.”