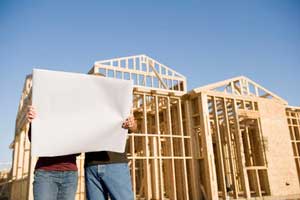 It has been almost five years since the housing market crashed in the United States.  Home prices dropped, and with the status of the economy, new housing starts also plummeted. Many industries and trades involved in the real estate market were also affected.

From plumbers to carpenters, electricians to bricklayers, there were union workers across the board that were affected by the crash.  With no new developments to work on, and developers losing funding for projects, the crash forecasted tumultuous times for unions.

However, things are looking brighter for the future.  The Associated Press reports that the reduced prices of homes and the gains in employment have increased the prospects of homebuyers, and new real estate developments.

William Procida, President of Procida Funding, LLC, and a former member of the Mason Tenders Local 104, stated that he would like to see the focus turn to remodeling and completion of existing projects.  On March 28, 2012, at the New York City Finance Expo, he stated, “Home building drives everything.  But until we finish these half-built buildings, there is no real way to move the economy forward.”

Turning the focus to the completion and remodeling of existing projects would in no way affect the job market. The remodeling portion may be difficult for union laborers because of the entrepreneurs who will be engaged in this practice; they will be unable to afford union wages, and may resort to families and friends to help with their remodeling.

With millions of homes that need renovation, workers will finish projects that have already begun, and focus on new construction in the future. Mr. Procida predicts that new developments will emerge in New York City and Washington, D.C., developments that will give more opportunities to union laborers.

As a former union member, Mr. Procida offers advice to unions now, “The unions have one simple thing they shouldn’t forget: It’s a competitive world, and the unions have forgotten all that.  What they need to do in the construction business is produce the best product the fastest.  Then they can charge as much as they want.”