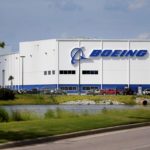 to be represented by the International Association of Machinists—but the company is likely to resist bargaining with their “micro-unit.”

The flight technicians’ 104-65 vote came 15 months after the more than 2,800 production workers at the North Charleston facility voted heavily against unionization. It parallels the pattern at the Volkswagen factory in Chattanooga, Tennessee, where production workers voted against United Auto Workers Local 42 in early 2014, but a group of about 165 skilled mechanics voted to form a micro-unit within the plant slightly less than two years later. Volkswagen has refused to recognize the union, arguing that the micro-unit was illegitimate.

The Machinists hope to avoid that fate. “The South Carolina Flight Readiness Technicians at Boeing have spoken loud and clear,” IAM International President Bob Martinez said in a statement. “I hope the company will accept the results and join us in a dialogue about the future of North American industry and the North American worker.” The Machinists represent more than 35,000 Boeing employees at 24 locations nationwide, most heavily in the Seattle area.

Boeing has said it will appeal the results, most likely by challenging the validity of the micro-unit. “Boeing continues to believe that this type of micro-unit is prohibited by federal law,” the company said in a statement on May 31.

To be certified as a micro-unit, a discrete bargaining unit within a workplace, workers have to show that they form a “community of interest” distinct from other employees, explains Mike Evans, the Machinists’ lead organizer at Boeing South Carolina. The flight-readiness technicians qualified, he says, because they have different skills than production workers. They maintain, repair, test, and inspect the Boeing 787 Dreamliner’s structure and electrical and mechanical systems, including the engines, landing gear, and navigation systems. To do this, they need an “A&P license,” an airframe and power-plant license, to qualify to work on aircraft and engines. They also wear different uniforms and work in a separate space: outside the plant’s main buildings, in stalls set up to hold aircraft.

“Really, the guys came to us,” Evans told LaborPress. Already more pro-union than most of the production workers, they were disappointed when the company didn’t follow through on promises it made during the Machinists’ 2017 campaign. Their problems, Evans says, included inconsistent work rules, favoritism, knowing that their wages of $30-32 an hour were almost one-third less than what Boeing’s union workers made for the same jobs, and “a lot of mandatory overtime”—to the point where it was next to impossible to get weekends off.

The flight technicians asked the Machinists if it would be possible to carve out a separate bargaining unit for them, and the union filed a petition for the vote with the National Labor Relations Board in March.

Boeing used typical anti-union tactics before the vote, says Evans: captive-audience meetings, trying to persuade workers that their unit would be too small to have any leverage, sending letters to workers’ homes, and a publicity campaign of billboards and TV ads. It also argued that the micro-unit was invalid, but John Doyle, the NLRB’s Atlanta regional director, ruled in favor of the union on May 21.

The board is expected to certify the results of the vote by the end of this week, says Evans. If Boeing appeals the NLRB ruling that the micro-unit is legitimate, he adds, the company is still legally required to bargain with the union pending the outcome—“but they’ll probably ignore that.”

The NLRB’s five-member national board has a 3-2 Republican majority, including two members appointed by Donald Trump. Those two, William Emanuel and chair John Ring, both previously worked at law firms that have represented Boeing in labor-management cases. An NLRB ethics official ruled last month that Emanuel did not have to recuse himself from the Boeing micro-unit matter because his firm, Littler Mendelson, wasn’t representing the company in that specific case.

Meanwhile, says Evans, the flight techs and the Machinists are preparing to elect local officials for the North Charleston unit and to request that Boeing begin contract talks.