New York, NY – The U.S. Department of Labor is now planning to roll back the Obama administration’s 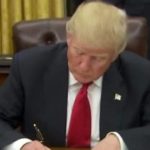 initiative  that would have expanded overtime pay protections for workers. Hundreds of thousands of New Yorkers and millions of Americans will be affected. Workers impacted are first-line supervisors at fast-food stores, car washes, retail stores, administrative employees, clerical and office workers. Also included are professional employees,  medical and dental technicians, mid-levels IT employees, and film and television production assistants.

In response to USDOL anti-worker threats, Attorney General Eric T. Schneiderman has led a coalition of Attorneys Generals in opposing the Trump administration’s efforts to roll back overtime pay protections for American workers.

“The Labor Department should be protecting workers’ rights, not undermining them at every turn,” said Attorney General Schneiderman. “Rolling back these overtime protections would threaten hundreds of thousands of hardworking New Yorkers who deserve a fair day’s pay for a fair day’s work. I’m committed to using the full force of my office to ensure that all workers are treated with the fairness and dignity they deserve.”