WASHINGTON, DC – The Trump administration’s proposal to slash the Department of Labor’s budget and 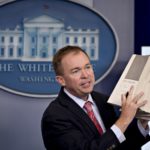 roll back health and safety regulations is putting workers at risk.
According to a recent AFL-CIO  report, Over 5,190 workers were killed on the job in 2016 — up from the 4,836 deaths the previous year. Each day 150 workers die from hazardous working conditions.

On the job transportation incidents, in particular roadway crashes, was the No. 1 cause of death in 2016, accounting for 2,083 deaths or 40% of all fatalities.

The construction sector had 991 deaths in 2016, up from 937 the year before. In 2016, 825 transportation and warehousing workers were killed and in the mining sector, which includes oil and gas extraction, the rate of fatalities was three-times the national average.

There is now a growing prevalence of workplace violence  in health care and social services were workers interact  with patients and clients. In 2016, there were 866 deaths in this sector. Violence was responsible for more than 27,000 lost-time injuries. Women workers made up two-thirds of the lost time related to workplace violence.

With pensions disappearing the age of workers are increasing – 36% of all worker fatalities occurred ages 55 or older, with 1,848 deaths. Workers 65 or older have more than 2.5 times the risk of dying on the job.

In 1970, Congress enacted the Occupational Safety and Health Act, which promised all workers the right to a safe job. That year, 13,800 workers died on the job. It’s estimated thar over 579,000 lives have been saved since the passage of OSHA.

The Trump administration’s attemps to role back heath and safety regulations and dismantle the Department of Labor must be stopped.