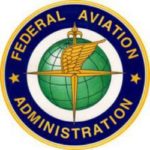 reauthorization bill that will fund the agency and provide new safety regulations for the aviation industry.

The National Air Traffic Controllers Association (NATCA) President Paul Rinaldi stated, “Our nation must have an FAA that is authorized for the long term as part of providing a stable, predictable funding stream for the National Airspace System (NAS). This legislation would provide the longer-term stability for the FAA for which NATCA has advocated for years. The future of our NAS and the FAA’s ability to effectively plan and modernize the system and properly staff and train the air traffic controller workforce is reliant upon a long-term stable, predictable funding stream.”

There is general agreement among labor leaders that  this legislation protects frontline workers and helps ensure the U.S. aviation industry remains the safest in the world. The bill includes several provisions important to workers. The legislation increases minimum rest for America’s flight attendants from eight to ten hours. It addresses  the increase of assaults against customer service agents and ensures vital qualification and training requirements for pilots. The legislation establishes a task force to combat sexual assault and harassment in the aviation industry, and requires the Department of Justice to streamline and strengthen the reporting process for instances of sexual assault. The bill also requires the Transportation Security Administration (TSA) to convene a working group with union representatives and management to improve personnel management systems and working conditions for Transportation Security Officers (TSOs).

The legislation did not address the ability of some airlines in foreign countries to use the “flags-of-convenience” provision to utilize cheap labor and lax regulations. An example of this practice is Norwegian Air International (NAI).  NAI has  been referred to as the “Walmart of the aviation industry. NATCA President Paul Rinaldi said that Airline carriers should not have the ability to undermine U.S. trade agreements, fair competition, or good jobs by hiring unskilled, cheap labor.