This summer, take a Labor staycation

Need a vacation, but can’t go far? For a leisurely and inspiring day off from work, take your family on a 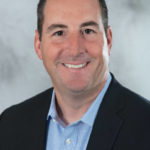 self-guided walking tour to experience New York City’s important role in the history of the Labor movement. Many notable sites featured in the achievements of organized Labor are concentrated in the Lower East Side and Greenwich Village neighborhoods of NYC.

This Lower East Side structure is where the Jewish Daily Forward was located for many years, including during a period where it became associated with New York’s Socialist and Labor movements. The daily reported on Labor activities and gave money to workers’ causes and charities.

Tenements on 6th or 7th Streets, off of the Bowery

The overcrowded, poorly lit and ventilated tenements of the Lower East Side were once home to hundreds of thousands of immigrants. In the late 19th century, several of the apartments in these tenements doubled as garment workshops, where conditions were crowded and grim. Later the workshops moved to factories, where conditions were not much better. Many Labor activists – as well as many of the victims of the 1912 Triangle Shirtwaist Factory – fire lived in these tenements.

View the restored tenement apartments that housed over 15,000 working class immigrants from over 20 nations, as they tried to make a new life for themselves, work for a better future, and start a family with limited means.

Cooper Union college was home to many important Labor meetings – including the 1909 meeting that kicked off the “Uprising of the 20,000,” a strike that lasted for several months.

Despite their most valiant efforts, no real progress resulted from the 1909 “Uprising of the 20,000.” Later in 1911, one of the factories at the epicenter of that walk-out – the Triangle Shirtwaist Factory – was the scene of one of the Labor movement’s greatest tragedies. On March 25, 1911, a fire raged through the top floor of the building and 146 workers died, most of whom were young women. The owners of the building had locked the exit doors to prevent theft and unauthorized breaks, a common practice at the time, which made it impossible for many to vacate once the fire began. The tragedy sparked protests and, ultimately, helped the Labor movement’s cause for safer work environments.

The International Ladies Garment Workers Union (ILGWU) was once one of the largest Labor unions in the United States, and one of the first U.S. unions to have a primarily female membership. A key player in the Labor history of the 1920s and 1930s, it ran successful organizing campaigns, won significant concessions from manufacturers, and expanded the elements of social unionism for which the union had become so well-known.

Before this castle-like structure became a branch of the New York Public Library, it served as a courthouse. Many women who participated in the 1909 walkout from the Triangle Shirtwaist Factory were brought here and tried in the night court, in the hope that they could be scared into submission; it didn’t work, and the protests continued.

Founded in 1906, for 50 years this first major workers’ school, located in a brick building near Union Square, taught thousands of workers about history, economics, and organizing. It was closely associated with many of the trade unions that were active in the Labor movement, such as International Ladies’ Garment Workers Union.

During the construction of the Brooklyn Bridge, the “Sandhogs” – workers in charge of digging the holes for its foundations – went on strike due to dangerous Labor conditions and unfair wages. The strike lasted three days and resulted in an increased wage of $2.75 a day for Sandhogs. Walk across the bridge and take in the views of Brooklyn, Manhattan, and the Statue of Liberty.

The nation’s first Labor Day parade kicked off at City Hall on September 6, 1882. Some 10,000 workers marched past Union Square and up to 42nd Street where the crowd dispersed for picnics and speeches.

This Labor Day, come join the MagnaCare team as we march with our clients in honor of the American Labor movement and the contributions that workers have made to the strength, prosperity, laws, and well-being of the country.

These historical sites are a nice reminder of the hard-fought battles that brought accomplishments that now define the American workplace – rights we sometimes take for granted today, such as the eight-hour work day, collective bargaining, health insurance, retirement funds and better wages. So this summer, take a day to revisit some of the history that made this country great, while enjoying the sights and sounds of lower Manhattan neighborhoods.

MagnaCare is a leading PPO in the New York tri-state area that is proud to have been providing health plans to the Labor community for more than 25 years. Learn about MagnaCare at www.magnacare.com or email us at info@magnacare.com.