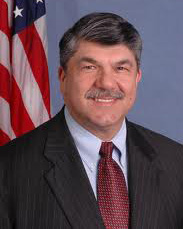 This jobs report confirms that the economy is finally beginning to build some momentum, as we work to dig out of the devastatingly deep hole that President Obama inherited from George W. Bush and a generation of flawed policies.  Now we need the President and Congress to build on this momentum and keep their focus on job creation, including by passing the American Jobs Act.

Thanks to the policies of President Obama and Vice President Biden, we have avoided what could have been the Second Great Depression. Instead, we have seen two and a half years of private sector job growth, culminating in more than 5 million new private sector jobs since early 2010. With the upward revision to July and August job figures, significant growth in household employment, and some wage growth, the September jobs report provides some grounds for optimism.

President Obama and Vice President Biden have rightly pushed the American Jobs Act, an important measure that would create millions of new jobs and offer needed impetus to an economy that is still weak, years after the Bush crash.

A durable recovery and long-term shared prosperity require workers empowered to bargain collectively so that they can benefit from their increased productivity.

Wednesday’s debate underscored that on November 6th, we face a clear choice about the future of our country. The austerity and deep spending cuts proposed by Governor Romney will gut essential services and leave the most vulnerable worse off – all to pay for tax cuts for the richest 2%. In contrast, President Obama has laid out a concrete plan for shared prosperity policies based on investing in America and restoring our democracy. The labor movement is committed to the policies of ‘Prosperity Economics’ – reforms that will unite and strengthen America by creating jobs, promoting economic security and rebuilding our democracy.