New York, N.Y.—In less than two weeks, the state Workers Compensation Board will release revised guidelines for judging how much people are disabled b 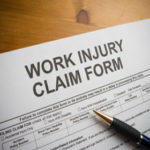 y on-the-job injuries—and those revisions are expected “to slash compensation for permanent injuries to limbs,” warns the Workers Compensation Alliance, a group of about 150 lawyers and law firms who represent injured workers.

The 2017 state budget, enacted in April, directed the board to re-evaluate its criteria for paying benefits to workers who suffer “schedule loss of use” injuries—permanently losing limbs or the ability to use them, vision, or hearing. It said those revisions should “be reflective of advances in modern medicine that enhance healing and result in better outcomes.”

“The new guidelines will incorporate advances in medicine that result in better outcomes for injured workers,” says a board spokesperson. If adopted, they’ll go into effect Jan. 1.

“This doesn’t look like a legitimate process,” Workers Compensation Alliance chair Robert Grey told LaborPress. “There doesn’t seem to be a reason for doing this other than to take money away from injured workers.”

Gains from medical advances are already “largely baked in” to the system, he explains. For example, a torn elbow ligament might cost a worker 70% of the use of their arm. But if they have “Tommy John” tendon-transplant surgery, which was rare 30 years ago, that might reduce the impairment to 30%, so the benefits they get would be lower. In contrast, he says, the board might arbitrarily lower the impairment level for carpal-tunnel syndrome from 15% to 5%.

“Maybe people come out with less loss than they did in the old days,” says an Ulster County woman receiving workers’ compensation for multiple injuries she sustained in an on-the-job fall. “But if you come out with a back injury that restricts you to 50% of your former ability forever, or use of your primary hand is limited by 50%, and it would have been a higher percentage in the past, the insurance/employer has already reaped the benefit of better outcomes.”

“Meaningful workers’ compensation reform” was the “No. 1 priority” for the Business Council of New York State, an employers’ lobbying group, and for state Senate Republicans. The GOP “insisted” that it be part of negotiations on the state budget, Majority Leader John Flanagan (R-Suffolk) said in May.

The Business Council “has been alleging that these awards have been skyrocketing out of control,” Grey says, but “it’s not a situation where employer costs are up 10 percent.”

Changes in premiums for workers’ compensation insurance will save New York employers about $400 million this year, Gov. Andrew Cuomo announced in May.

Workers’ compensation benefits are based on lost wages and how severe the injury is. In exchange for receiving benefits quickly and regularly, workers agree that they will not sue their employer for the accident or occupational illness. Most of the increase in costs over the last decade, according to Grey, comes from legislation enacted in 2007 that increased the maximum weekly benefit. Before then, it was two-thirds of weekly income up to $600 a week, or up to $400. The maximum was raised gradually until 2010, when it was pegged to two-thirds of the state’s average wage. It’s now $870 a week, but only about one-sixth of injured workers receive that much, according to the Workers Compensation Alliance.

In exchange for those increases, the 2007 bill capped benefits, so permanently injured workers could only receive them for four to ten years. What happens after that, if they still can’t work? “The legislature and the governor have not answered that,” says Grey. Most go on SSI disability or public assistance, he adds.

“If you cut the guidelines, you’re going to be giving low-wage workers less than they were getting in 1992,” Grey says. “Anyone who makes less than $31,000 will go backwards.”

A Workers Compensation Alliance survey released Aug. 14 of more than 1,500 workers who’d suffered scheduled loss-of-use injuries found, not surprisingly, that most thought their benefits were “grossly inadequate.” Among the respondents, 69% believed that the evaluation of their injury was too low under the present guidelines, 75% believed the money award they got was not adequate for their injury, and 81% believed that the award did not adequately compensate them for the wages they lost. The percentage of discontent was higher among low-income workers, those making less than $600 a week before they were hurt.

“When you receive a loss-of-use settlement, sometimes the initial amount seems like a lot of money,” one survey respondent said, “but if you consider the amount spread over the rest of your life, it turns out to be a very low monthly amount for loss of use or loss of income!”

The state budget directed the Workers’ Compensation Board to “consult with representatives of labor, business, medical providers, insurance carriers and self-insured employers” about how to revise the guidelines. One key group was missing from that list, Grey says: Injured workers.

To date, he adds, the board has not heard from either any injured workers or lawyers who represent them.