NEW YORK, NY – While the Amalgamated Transit Union (ATU) has stood by Reverend Al Sharpton and 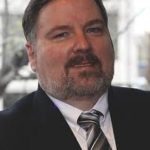 other civil rights leaders on many issues over the years, today we are disappointed to see them side with the billionaires who are exploiting drivers, the vast majority of whom are workers of color.

Putting a temporary freeze on new for-hire vehicle licenses does not prevent the 100,000 drivers currently on the road from servicing New Yorkers of color in the outer boroughs. The primary issue here is not one of civil rights, but of human rights.

The rideshare industry has become so flooded with casual part-time drivers by Uber and other non-employing “employers”, that 6 people whose families depended on their driving jobs have publicly taken their own lives. They speak to us from their graves.

Companies like Uber and Lyft have structured their workforce to abuse drivers, withholding a livable wage, affordable health insurance, overtime pay, retirement plans, workers’ compensation coverage, unemployment insurance and the right to join a union to collectively bargain on their own.

Allowing the population of for-hire vehicle licenses to balloon only worsens these conditions, heightening competition, increasing congestion and traffic and depressing wages. Some studies suggest that drivers struggle to even earn minimum wage. By halting the issuance of new for-hire vehicle licenses, the City Council is taking the first step in regulating a manipulative industry.

*** Lawrence Hanley, International President of the Amalgamated Transit Union, commented in response to Reverend Al Sharpton’s statement regarding the New York City Council’s proposal to freeze issuances of licenses for new for-hire drivers. The Amalgamated Transit Union is the largest labor union representing transit and allied workers in the U.S. and Canada consisting of 199,000 members.