Peace on Earth, Good Will to Men

Chances are that a great many of you will not be reading this until Tuesday, because it is Christmas 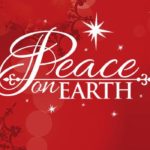 morning and you are involved in celebrations with family and friends. That’s a good thing. It is always a good thing when people, especially loved ones, are prioritized over politics, economics and all the other drama we so often find ourselves caught up in during the year. Please don’t think that I exclude LaborPress and Blue Collar Buzz from the mix. We are often (as you well know if you are a steady reader or listener) in the thick of it all. Whether we are using our abilities to accurately report news and disseminate information, or using our broadcasts to seize the bully pulpit and call out what is, in our opinion, an assault on workers, we are indeed political. As an old college professor of mine was fond of saying, “all acts are political in nature.”

But today, of all days, is a good day to declare a cease-fire. For whether you are a person of deep faith who reads the Christmas narrative literally, a scholar who sees it all as metaphor and cross cultural myth, or just a guy who gets a kick out of seeing his child’s eyes light up because he thinks a man in a red suit left goodies for him, there are I think, pieces of this on which we can all agree.

Most of us really have had that experience when the giving felt better than the receiving. Most of also know, I think, that at the end of the day it’s not so much about the “cash and prizes” we have accumulated, as it is about how many friends, –  true friends, care about us and our families. Few of us, if pressed, would subscribe to the philosophy once proudly displayed on bumper stickers that “whoever dies with the most stuff, wins.” What I firmly believe is that whatever faults we may have, both singularly and collectively, we Americans honor fair play, honesty, loyalty and hard work.

So although I have no intention of giving up my side of the debate on issues such as the right to organize, the right to bargain collectively, and the inherent right of all workers to have fair wages, public education, affordable health care and a dignified retirement, I do have a New Year’s Resolution. It has nothing to do with losing weight or getting to the gym.

It does, however, entail trying harder than ever before to look at issues from as many different perspectives as I can. It has to do with doing my best to disagree without being disagreeable. It means to refrain, at all times, from demonizing or ridiculing the opposition. It means giving the benefit of the doubt to those of whom I am most doubtful. In short, it means trying to be as much a part of the solution as possible and as little a part of the problem as possible.

With those thoughts on my mind, and in a spirit of good will, I wish you a very Christmas And that you find peace in the New Year,