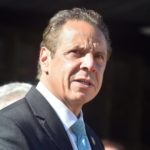 prevent individuals determined by a court to be likely to engage in conduct that would result in serious harm to themselves or others from purchasing, or possessing any type of firearm.
This would make New York the first state in the nation to empower its teachers and school administrators to prevent school shootings by pursuing court intervention.

AFT President Randi Weingarten said, “I’ve spoken with many educators in Parkland, Florida and heard repeatedly that the shooter showed clear signs that he was a troubled soul. It’s no surprise as the Brady Campaign reports 42 percent of mass shooters exhibit warning signs beforehand. That’s why the legislation Governor Cuomo is proposing is so important as a part of combatting the gun violence epidemic and protecting  students and teachers. Schools should be safe sanctuaries, not armed fortresses. Teachers don’t want to be armed, we want to teach and we want to protect kids. This smart new law would empower educators and school staff to act and be heard when they suspect danger while still protecting students’ due process right.  We’re proud to stand with the Governor to announce today’s proposal.”

Under current state law, firearms may be removed from a person subject to a temporary order of protection issued by a criminal or family court, but a court can only issue a temporary order of protection in connection with a criminal or family offense proceeding. No law currently exists in New York State that enables a court to issue an order to temporarily seize firearms from a person who is believed to pose a severe threat of harm to himself, herself, or others unless that person has also been accused of a crime or family offense. This shortcoming in the law persists, despite the fact that family members often contact law enforcement when they fear that a loved one poses a threat of violence to others or themselves. In addition, no state in the nation currently empowers its teachers and school administrators to prevent school shootings by pursuing court intervention.

Mark Cannizzaro, President of the Council of Supervisors and Administrators, said, “Gun violence has plagued our nation for too long, and federal gun control legislation is long overdue. While the federal government ignores this tragic issue, Governor Cuomo has time and again enacted real change to protect New Yorkers. By raising the age to own a firearm to 21, this common sense legislation will protect our children and the general public. Our nation is at a crossroads, and I am proud to stand with Governor Cuomo.”

This new law would provide all necessary procedural safeguards to ensure that no firearm is removed without due process while ensuring that tragedies like the school shooting in Parkland, Florida and the mass killing at the Waffle House in Nashville, Tennessee are not repeated. In both of those cases, the shooter was reported by multiple sources to be disturbed and dangerous yet was allowed to purchase and possess deadly firearms. An extreme risk protection order could have prevented countless, needless deaths.

“While the conservative leadership in Washington remains immobilized by the NRA, in New York we refuse to be intimidated by the gun lobby and will continue to take action to protect the people of our state,” Governor Cuomo said. “Across the nation, students and communities are taking to the streets to demand change, and we are once again picking up the mantle of leadership from Washington with common sense measures to target the roots of school shootings, and prevent gun violence, tragedies and heartbreak.”