Albany, NY – Governor Andrew M. Cuomo has unveiled the fifth proposal of the 2018 State of the State: 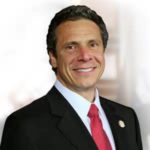 direct the Commissioner of Labor to schedule public hearings to examine industries and evaluate the possibility of ending minimum wage tip credits in New York State. In certain workplaces, such as car washes and restaurants, where wages and tips are both generally low, workers’ income can rely entirely upon tips. These tips, meant as a reward for good service, instead serve as a critical wage subsidy that brings workers’ wages just up to the legally mandated minimum wage.

” In New York, we believe in a fair day’s pay for a fair day’s work and that all workers deserve to be treated with dignity and respect,” Governor Cuomo said. “There should be no exception to that fairness and decency. I have directed the Department of Labor to ensure that no workers are more susceptible to exploitation because they rely on tips to survive. I look forward to reviewing the findings of these hearings.”

More than 70 percent of all tipped workers in New York are women. Further, studies have shown that African-American workers are often tipped less than their white counterparts. Tipped workers often report not being willing to come forward because they are reliant on their employers for shift scheduling, with certain shifts generally tipping more than others. In addition, tipping practices have been linked to higher rates of sexual harassment. Workers in states that require the full minimum wage be paid to tipped employees experience half the rate of sexual harassment compared to workers in states that pay lower wages to tipped employees, according to a 2014 study by the Restaurant Opportunities Center. The study’s chief recommendation was to eliminate the sub-minimum wage for tipped workers to reduce the pressures that increase sexual harassment to create a safer and more equitable workplace.

The New York State Department of Labor will hold public hearings to solicit input from workers, businesses and others. Those who wish to testify will be able to pre-register on the Department’s website. The Department will issue a notice identifying the specific times and locations for the hearings.

State Labor Commissioner Roberta Reardon said, “Under Governor Cuomo, New York is leading the nation on issues of worker justice. The Department of Labor will closely examine the issue of tip credits, informed by testimony from workers and businesses alike.”

In practice, many employers find it difficult to keep track of employee tips properly, especially in industries where tips are not a steady and reliable source of income that can be depended upon by workers to meet their living expenses, and where daily and weekly fluctuations make it difficult for workers to know whether they are being underpaid. Complicated tip credit recordkeeping can make it difficult for employers to know whether they are meeting their obligations, and can be a vehicle for wage theft when employers fail to pay workers properly.

In 2008, the Department of Labor found that nearly eight out of every 10 car washes in New York City and one out of two across the state violate minimum wage and overtime laws, with some paying just $3 an hour. Investigators visited 84 carwashes throughout the state and uncovered $6.5 million in underpayments to 1,380 workers. In 2014, Attorney General Eric Schneiderman and the Department of Labor held John Lage, a carwash kingpin, liable for $3.9 million for labor violations including cheating his workers out of wages and tips.

Stuart Appelbaum, President of the Retail, Wholesale and Department Store Union (RWDSU), said, “No worker should earn below the minimum wage – ever. For far too long workers in New York have earned poverty wages. We have been working for years to improve conditions for car wash workers. Today, Governor Cuomo recognized that this abhorrent loophole has left immigrant workers susceptible to wage theft, and 5,000 workers now have a chance to earn fair wages for their work. His announcement today is an important next step in ensuring that no worker in New York State is underpaid and impoverished.”