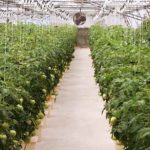 products ranked in the top five nationwide, according to a New York State Comptroller Report.

“Agriculture is a crucial piece of the state’s economy, with farms contributing nearly $2.4 billion to the state’s gross domestic product,” DiNapoli said. “Our farmers continue to provide jobs and fresh, locally-sourced food, while also preserving open spaces. However, farmers face a number of challenges, from declining milk prices which can threaten family businesses, to tariffs and restrictions on immigrant workers.”

New York has more than 35,000 farms covering 7.3 million acres, nearly one quarter of the state’s land area. They produce a wide variety of crops, 15 of which boast high national rankings, including cottage cheese, sour cream, yogurt, apples and grapes.  New York’s U.S. rankings rose in 2017 compared to 2011 in milk, snap beans and maple syrup.  Milk is by far the state’s largest agricultural commodity, with $2.7 billion in sales in 2017, more than half of the total for all agricultural products. The state’s production of milk and other dairy products relied on approximately 620,000 milk cows in 2017.

New York vineyards covered 35,000 acres in 2017, producing 187,000 tons of grapes, surpassed only by California and Washington. The state’s 57,000 tons of wine grapes were third largest produced in the nation.  Its volume of concord grapes for juice ranked second, with production nearly doubling from 2012 to 2017.

New York’s farmers are dealing with increased financial uncertainty caused by tariffs imposed on agricultural products by the nation’s trading partners, most recently in retaliation to tariffs imposed by the federal government. In addition, federal policies relating to visas and other immigration programs have increased restrictions on migrant workers, who are an important part of the agricultural workforce.