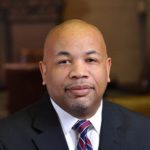 State’s  electoral process. The initiative will expand access to the polls and improve transparency to campaign finance.

“The Assembly Majority is committed to making it easier, not harder for New Yorkers to exercise their constitutional right to vote,” Speaker Heastie said. “I am proud that we will once again pass these reforms to expand access to our democratic process and make our electoral system more transparent. I look forward to seeing these bills finally make it through the Senate and be signed into law in New York State.”

This Legislation will provide a nine day early voting period, for voters to vote in person prior to any primary, special or general election day (A.780, Lavine). Under current law, absentee voting is only allowed if an individual expects to be absent on Election Day, or is unable to get to the polls because of physical illness or disability. This measure offers a more equitable voting experience by allowing busy New Yorkers more options for casting their ballots. As a constitutional amendment, this would be on the ballot for New York State voters no earlier than November 2021.  Another bill in the package would automatically transferring a voter’s registration when they move within New York State (A.775, Dinowitz

“Our democratic process is dependent on our ability to ensure New Yorkers are able to exercise their fundamental right to vote with ease,” Assemblymember Charles Lavine said. “These bills will ensure accessibility and encourage participation in our electoral system, while bringing transparency to our campaign finance laws. Now more than ever, we need to stand up and protect our democratic process.”