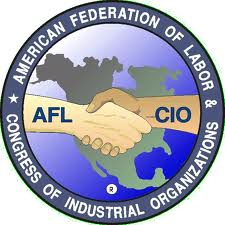 Facing off in the new 19th Congressional District for a House of Representative seat this November are incumbent Republican Congressman Christopher Gibson and Democratic challenger Julian Schreibman. At the recent New York State AFL-CIO 32nd Constitutional Convention, delegates from the state and city’s private and public sector unions voiced their approval or disapproval for different pols running for state and national office.

The labor federation’s Executive Council recommended a Congressional endorsement for Mr. Schreibman and endorsed him on the convention’s second day, but not before there was an opportunity to challenge the Council’s recommendation.

Dan McGraw, business manager for the International Union of Operating Engineers Local 158 (near Albany) and an Executive Council member, said at one of the podiums on the convention floor that he and his union were supporting Mr. Gibson because of the Congressman’s support for Davis-Bacon prevailing wage rates and Project Labor Agreements for federally-funded construction projects, which drew scorn from other delegates seated on the floor because of their dislike for Mr. Gibson’s positions on other important issues.

After Mr. McGraw spoke, James Cahill, President of the NY State Building & Construction Trades Council, stood at the podium and acknowledged the frustration of the other delegates opposing Mr. Gibson, but he also emphasized his support for Mr. Gibson by noting that project labor agreements are the lifeline for many union members of the building trades.

In turn, Bob Master, Legislative and Political Director for CWA District 1, explained that the council should endorse Mr. Schreibman because he is in line with working families while Mr. Gibson is out-of-step, which drew applause from delegates opposed to Mr. Gibson.

In an interview, Mr. McGraw said while he believed Mr. Schreibman would be very supportive of the building trades’ platform, it was important for him and his members to reciprocate the support Mr. Gibson has provided for building trade members in the 19th district.

“It really comes down to not turning our backs on people that have supported us when we needed them and we certainly did need Congressman Gibson during this session where it would have been very easy for the Republicans to repeal Davis-Bacon and I just think we owe him the support he gave us,” said McGraw.

He noted that in the context of a very conservative Congress preservation of Davis-Bacon and PLAs is paramount as the majority of operating engineers and other tradesmen and tradeswomen rely heavily on federally-funded construction projects. And with a Republican-controlled House of Representatives, bills are always being introduced to strip away Davis-Bacon and PLAs.

“This Congress has introduced so many bills that would strip Davis-Bacon protections and they would have passed if not for 46 solid Republican votes supporting us. Congressman Gibson, who was probably under a lot of pressure within his own party to vote for stripping out the protections, stood with us all eight times to defeat the bills,” McGraw said.

McGraw mentioned that in his first year in office (2011), Gibson voted the wrong way three times when PLA votes came up. But McGraw and other building trades’ officials met and talked with Gibson about the benefits of PLAs.

“When two PLA votes came up twice this year he voted 100 percent with us, so I think that kind of indicates Congressman Gibson is somebody who acts independently and doesn’t just tout the party line.”

Some other delegates warned during the debate over a Schreibman or Gibson endorsement that New York’s labor movement can’t afford the state to become a “red” state. But McGraw said he’s not worried about New York turning into a red state.

“The hard reality is that there are districts upstate that have been Republican for decades and I think the labor movement, certainly the building trades and my own union, have been smart to work with Republicans who by and large are moderate, with a couple of exceptions.”

The consequences of not working with moderate Republicans could be detrimental to labor in the long term, noted McGraw.

“I would be more worried about turning our backs on some of these moderate Republicans who then turn into Tea Party Republicans that don’t support any of our issues.”

Master and other delegates pointed out that Congressman Gibson voted for Congressman and presumptive nominee of the Republican Party for Vice President Paul Ryan’s budget, which would gut Medicare.

In response, McGraw said, “Truly, I’m not sure of how Gibson voted on that. Certainly Ryan’s budget would have a lot of things that would be detrimental to labor, but what I can say is that Gibson has been willing to listen to us. If we discussed with him our concerns about aspects of Ryan’s budget, I’m sure he’d be open to our worries.”

In an interview, Pete Sikora of CWA District 1 said that the bottom line is that “Chis Gibson is not in favor of working families and Julian Schreibman is. We have one candidate—Schreibman—who’s in support of the creation of good jobs and good wages in the U.S. He believes that working people deserve a fair shot and that we shouldn’t just cut taxes for rich people and hope that it trickles down to the rest of us. Gibson wants to cut Medicare and Medicaid and cut all sorts of spending for vital social services in order to fund a gigantic tax cut for the rich.”

Sikora also noted that Congressman Gibson has been unwilling to support legislation (H.R. 3596: United States Call Center Worker and Consumer Protection Act) that would make companies ineligible for federal grants, loans, subsidies and contracts if they ship out call center work overseas and would require overseas call center representatives to identify the center’s location and give consumers the option to be redirected to a call center representative based in the U.S.  marc@laborpress.org