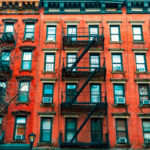 Program. This legislation requires buildings to certify that no tenant harassment has taken place before being granted construction permits to significantly alter their properties. The City has published the list of more than 1,000 buildings with approximately 26,000 units that will now be subject to the CONH program.

“New York City is stopping tenant harassment in its tracks,” said Mayor de Blasio. “We are taking a proactive approach to enforcement and targeting at-risk buildings for increased scrutiny in order to protect affordability across the city.”

Owners of buildings included on the program list will be required to apply for a Certification of No Harassment before they are approved for construction permits by the Department of Buildings. The Department of Housing Preservation and Development will conduct the investigation to certify that no tenant harassment has taken place. Owners denied a CONH will not be able to significantly alter their buildings for five years, unless they provide permanently affordable housing to be built without City subsidy, tax benefits, or inclusionary housing. The list of flagged CONH properties will be updated by HPD and included on HPD’s and DOB’s websites.

The expanded CONH program is the product of a working group led by Council Member Brad Lander and HPD.   The group was comprised of a wide range of stakeholders. “Thanks to the CONH Program, landlords who harass their tenants — with the goal of driving them out so they can raise rents — will no longer be able to get as-of-right building permits to demolish or alter their buildings,” said New York City Council Member Brad Lander.

Once a building owner subject to the program applies for a Certification of No Harassment, HPD will notify tenants, community groups, the community board, and local elected officials. HPD will then conduct an investigation into whether tenant harassment has taken place at the property within the last five years. If HPD determines that there is evidence of harassment, a hearing will be held at the Office of Administrative Trials and Hearings and the building owner can be potentially barred from seeking DOB permits.  If no evidence of tenant harassment is found, HPD will grant the building a Certification of No Harassment.

“Launching the Certificate of No Harassment (CONH) pilot program will require building owners in certain communities to prove they have not engaged in harassment before they can obtain permits from the City to demolish or make significant alterations to their buildings. If the landlord is found to have harassed tenants, they would not be able to acquire those permits – unless they submit to a significant “cure” requirement – making a substantial portion of their building permanently affordable, with no public subsidy.  Residents will now have an additional protection against unscrupulous landlords.,” said Council Member Vanessa Gibson.